Diasporic literature posits itself as a space of vision in which to prompt ruptures, go beyond prescriptive and proscriptive limits, and imagine new ways to identify and belong (Parmar 2016). This is what makes the novels by Jael Silliman worth reading and apprehending in the contested and complex scenario of contemporary Indian literatures in English, further allowing an analysis of the role of English in constructing historically complex communities of readers in a transnational and transcultural perspective. At the crossroads of literature, anthropology and history, Silliman’s novel The Teak Almirah (2016) evokes times and places of colonial India, re-casting them in a new performance where both the characters and the readers are compelled to follow the shadows, the rumours, the hints and the traces that are defined an emotional geography and a “cartography of diasporaµ(Brah 1996). 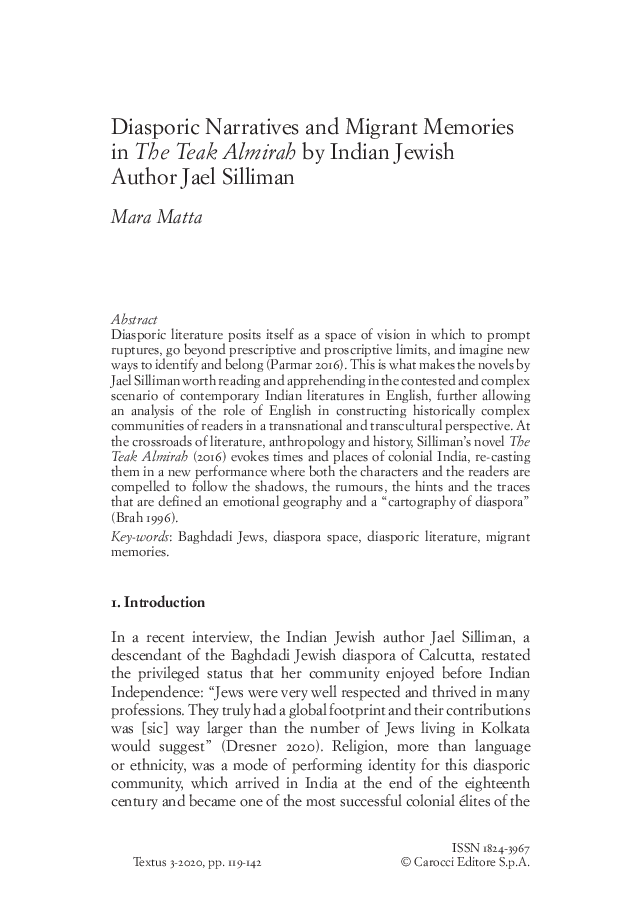