Despite the financial potential of all things Shakespearean and the degree of freedom granted by gaps in Shakespeare’s biography, only a few biopics have been produced. All Is True (2018), directed by Kenneth Branagh, is the latest re-telling of Shakespeare’s life, the huge cultural capital of which mostly lies in its starring Branagh himself as Shakespeare alongside an all-star cast of long-Shakespearean iconic actors. All Is True is a family drama addressing a semi-neglected period of the playwright’s life, and it is imbued with a gloomy and melancholic atmosphere that clashes with more usual representations of Shakespeare’s mythicised glory. However, what I argue in this paper is that the bleakness inhering All Is True is made in fact functional to a consecration of both Shakespeare as the greatest writer of all time and of Kenneth Branagh as the greatest interpreter of his words. The film’s bittersweet celebration of Shakespeare’s genius through the reiterated emphasis on the uniqueness of his language is all the more compelling because it takes place far from London, and yet defeats the yoke of stagnating country family life. When Branagh takes Shakespeare back home to Stratford, he exploits the scientific endorsement of the Shakespeare Birthplace Trust as a way to state his film’s historical accuracy. All Is True, nonetheless, mingles fact and fiction, but Branagh prevents any charges of speculation by indirectly comparing himself to Shakespeare: just like the Bard, he is filling in the biographical gaps with sparks of his own genius to write his own Shakespearean play. 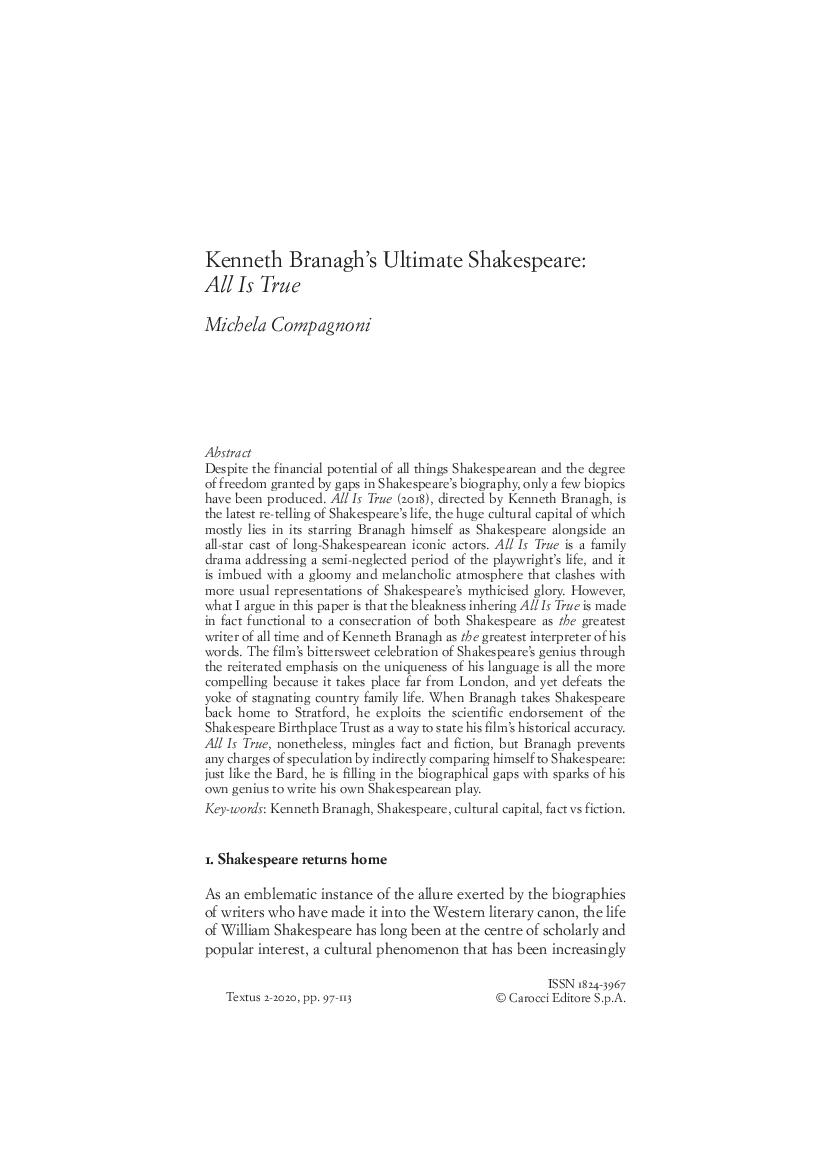