Josie Rourke’s 2018 Mary Queen of Scots was met with mixed reviews. Critics excoriated its air-headed approach to historical detail and its penchant for Instagram-style eye-candy. Others praised its leads’ theatrical talents and the gripping twists of its feminist-infused agenda. In ways that are arguably more intense than other similar adaptations, Mary Queen of Scots seems uneasily aware of the rift between its own setup as drama and the history it endeavours to revisit. The purpose of this paper is to address the rhetorical and theatrical stylistics of this unavoidable rift by applying Kenneth Burke’s reflections on the rhetorical paradoxes of history and drama. Burke’s Dramatistic approach also sheds light, I believe, on another feature that, given their presentist focus on topicality, appraisals of this biopic seem largely to neglect: the ever-puzzling entanglements between sexual, national, and religious identity. 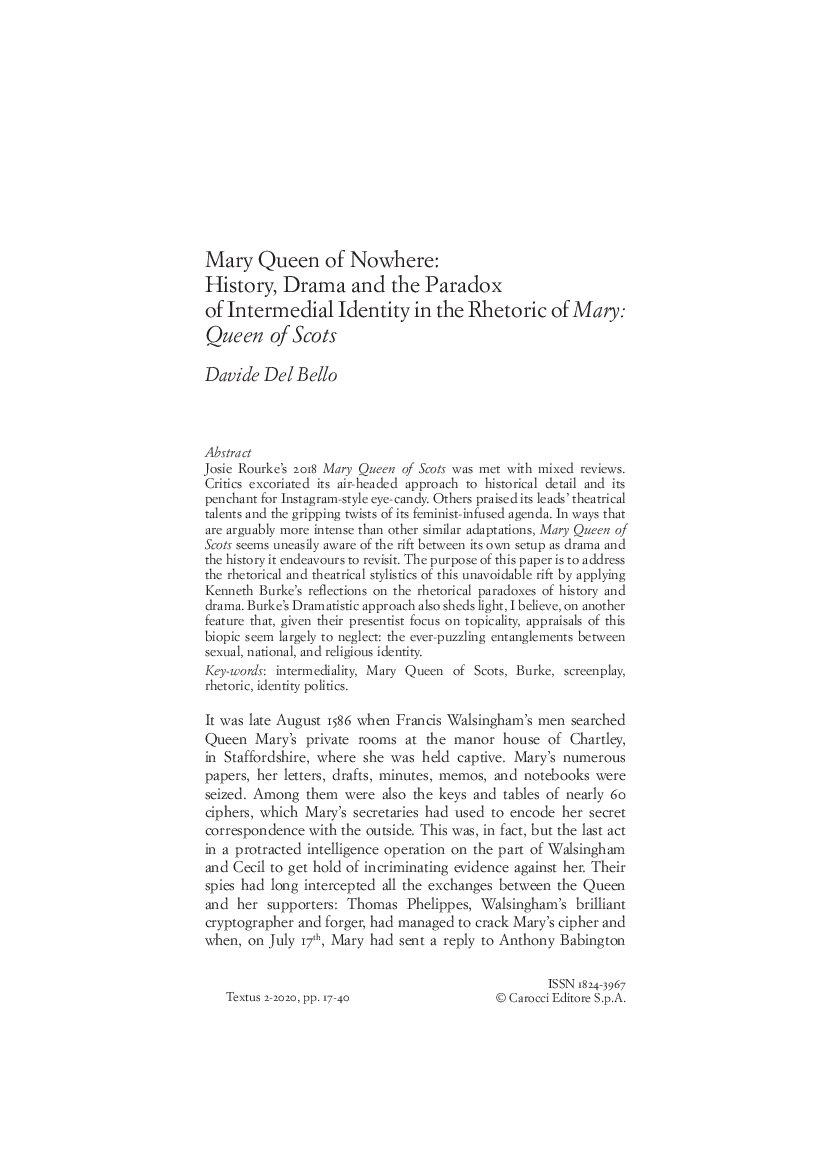