This paper analyses how English lexicography has received the fascist terminology derived from the Italian party ideology and put into practice by Mussolini during his leadership. The research has examined the online Oxford English Dictionary and the Merriam-Webster Unabridged Online after taking into consideration the huge literature on Mussolini’s language and cultural policy. In addition, several lexicographical sources such as the Dizionario di politica (1940), the new Dizionario del fascismo (De Grazia and Luzzato 2002) and current Italian lexicographic data banks such as the TRECCANI and DIFIT online have been consulted to compare collected data. Findings have suggested interesting lexicological and cultural considerations, mainly by exploring the handling of specific keywords such as FASCISMO, FASCISTA, FASCISM, FASCIST, MUSSOLINI and DUCE in both the English dictionary texts. A significant number of terms related to Italian fascism entered English as adapted or non-adapted borrowings, or as calques and semantic loanwords. Some neologisms acquired just their negative connotation related to fascist ideology while the meaning of others has evolved over time. Finally from a cultural standpoint, several OED quotations have given an outlook on the authoritative literature of reference chosen by lexicographers and on their regard for the Italian regime and its dictator. 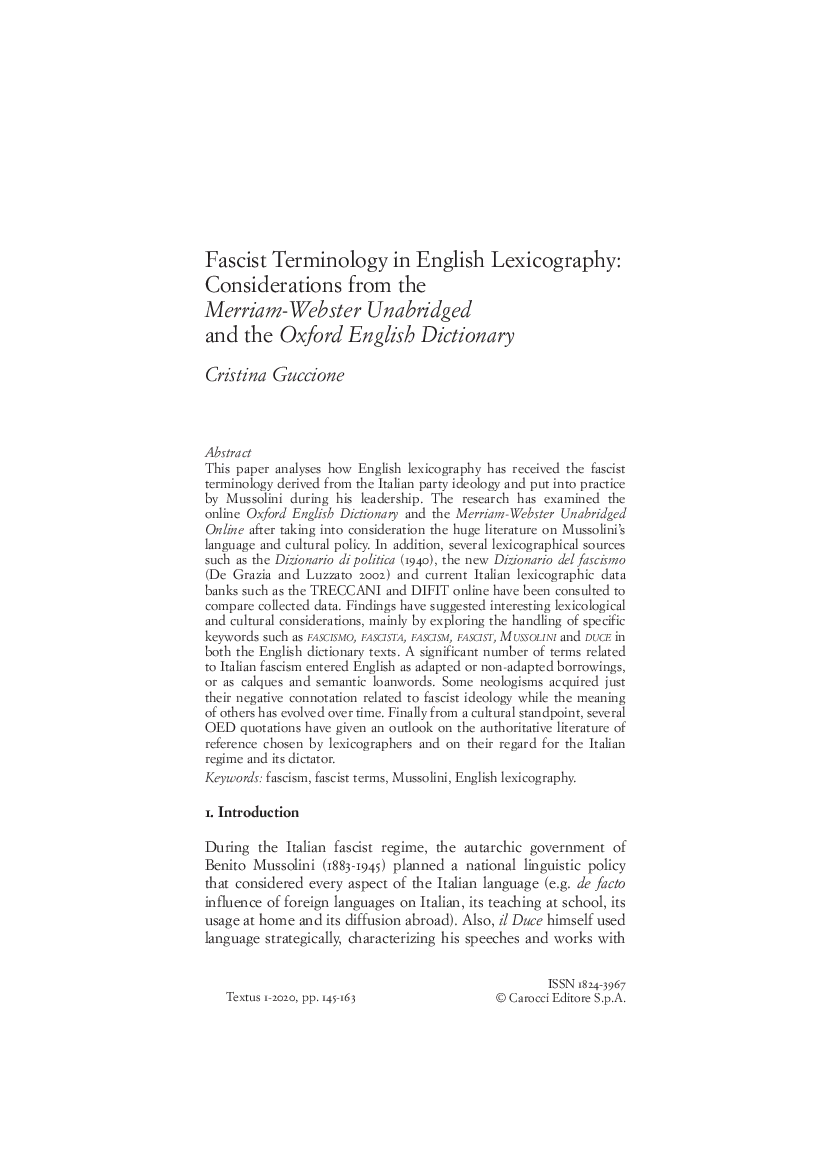