Among the most characteristic features of Caribbean English (CE) lies its phraseology, namely the lexicalisation of concepts through linguistic specificities whose etymological roots are to be found in West African languages. Not only are such peculiarities widespread in spoken CE and English-based Creoles, but they are also illustrated in the extensive body of Caribbean English literature. By adopting an overarching definition of phraseology, this article aims at showing that phraseological units typically used in CE work as a cultural agent. Within the vast inventory of African substrate survivals, attention is paid to compound-like vocabulary items which are word-for-word translations of West African idioms into English rather than ex novo combinations of English lexemes. A sample of eight commonly-used compounds, all referring to parts of the body, was extracted from the Dictionary of Caribbean English Usage and then compared with entries – if any – in the Oxford English Dictionary Online and the Merriam-Webster Unabridged Online, the two reference works that are the pillars of English: although such phrasemes employ Standard English (SE) words, they do not mirror conventional SE lexical practices. Therefore, by looking at the images conveyed through their culture-specific phraseology, the article depicts the distinctly non-European worldview of West Africans transplanted to the Caribbean by European colonisers during the transatlantic slave trade. 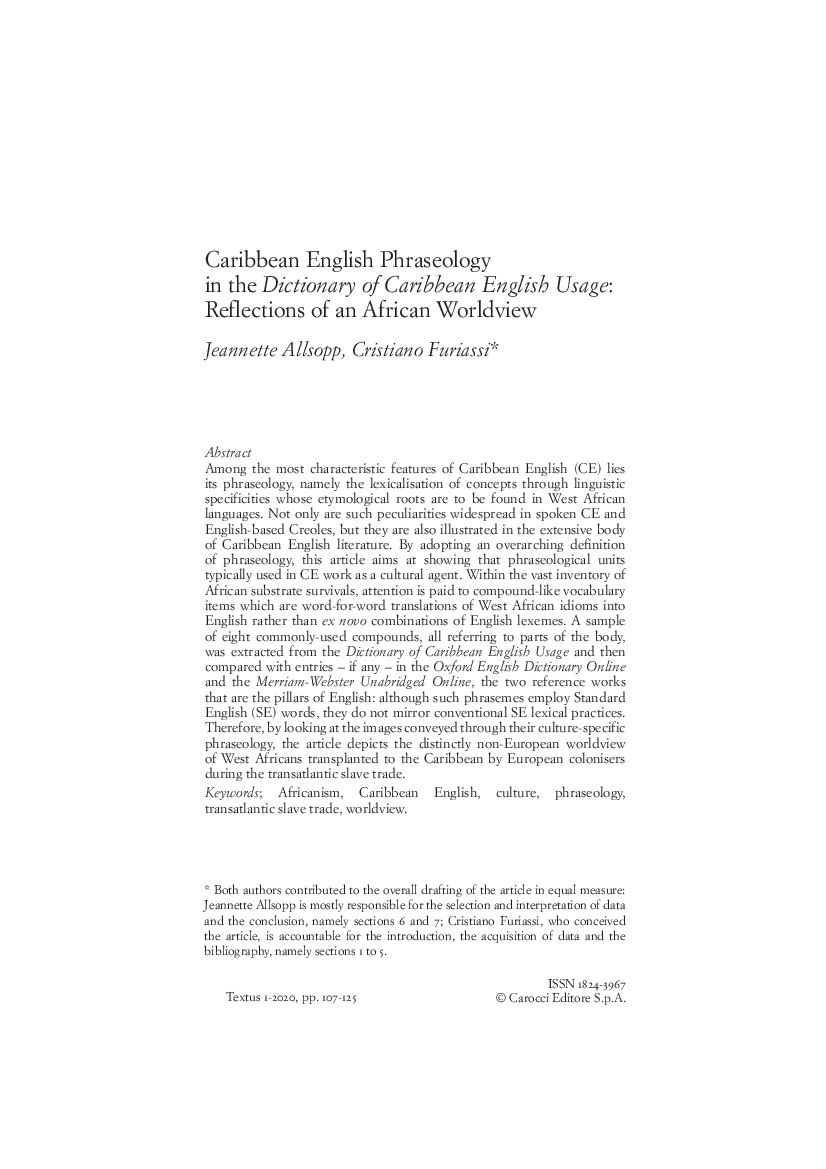