Texts written in English by non-native speakers can be considered as instances of mediated language, where the mediation takes place between a writer's native language and English, seen, respectively, as the 'source' and 'target' poles. In investigating such texts, the methods of analysis can thus draw on assumptions and approaches used in both second language acquisition research and translation studies, starting from the idea that in mediated communication the target product can show traces of interference from features and traits associated with the source material. This study investigates a corpus of research articles written in English by authors with different language backgrounds in two academic disciplines (linguistics and agricultural economics). Focusing on the native language of writers, the investigation looks at part-of-speech (POS) distribution, understood as a marker and measure of linguistic distance (and a trace of mediation) between the texts. The analysis shows that differences in POS distribution can be interpreted primarily in terms of the authors' language backgrounds, but the discussion of findings extends to considering the specificities of linguistics and agricultural economics as discourse communities. 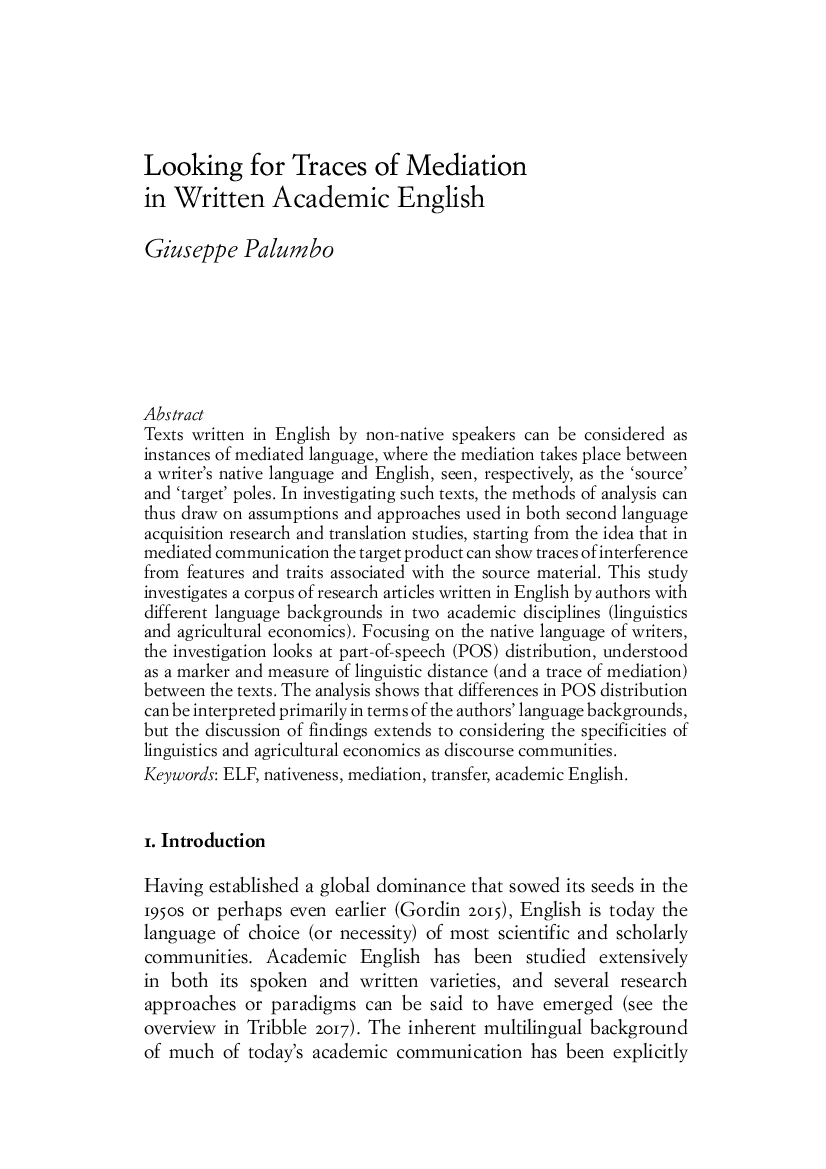