In this essay I discuss narrative remediations of "As You Like It" written in the Victorian and Edwardian periods, addressed to female child and teenage readers. I focus on Mary Cowden Clarke's "The Girlhood of Shakespeare's Heroines" (1850-52) and a selection of adaptations written in the short-story format made popular by the Lambs' "Tales from Shakespeare" (1807). While Cowden Clarke's prequel depicts a fictional world in which female friendship is both a protection and a trigger for female agency, the tales in the Lambs' tradition are more explicitly tributary to a folktale configuration. They use tropes already present in the play: the sibling rivalry, the forest setting, and emphasize the characters' moral polarization. The Victorian ambivalence between female modesty in the private sphere and independent and vocal womanhood in the public sphere, which was worrying Victorian society to some degree, seems to have been projected and made more acceptable in all these retellings; female characters combine domesticity with intellectual vivacity, initiative with good breeding, and agency with propriety. 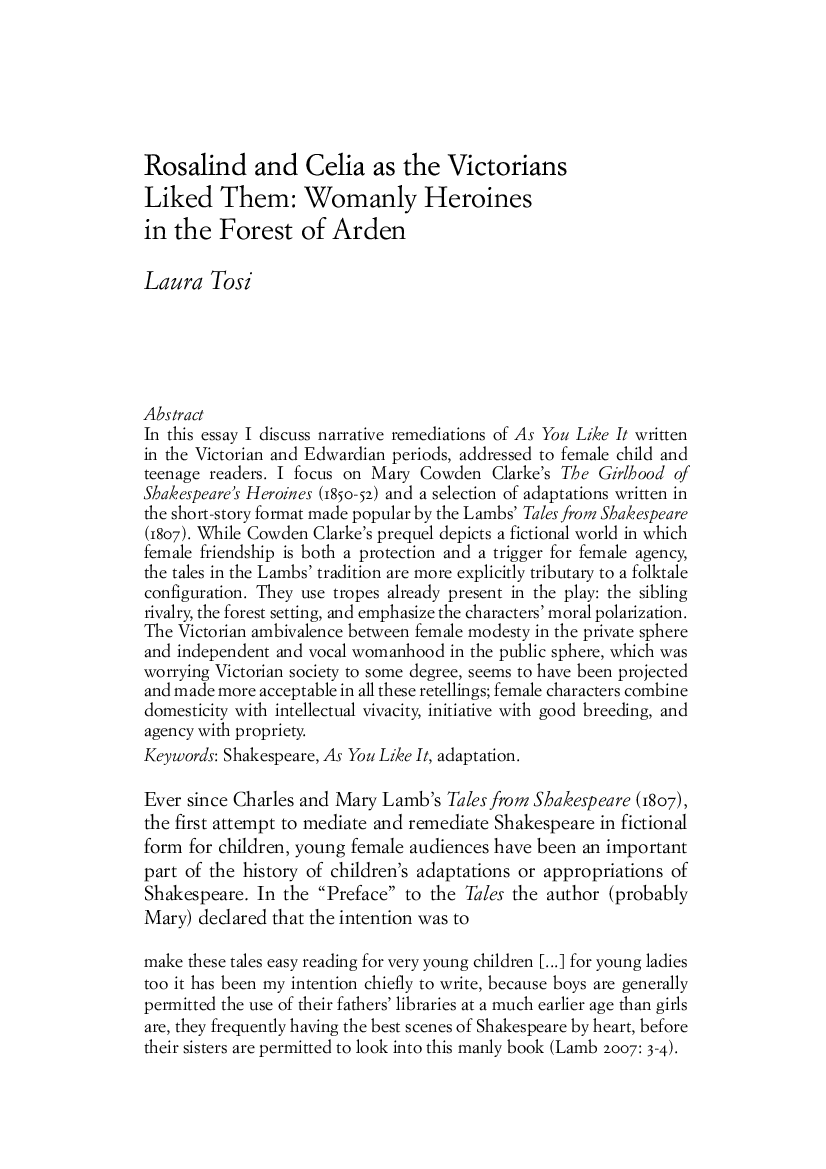