The article discusses the multiscreen visual narrative of black British artist John Akomfrah's "Vertigo Sea" (2015). In order to appreciate contemporary multiscreen aesthetics it first discusses the criticism on the relationship between narrative - intended as a universal structure - and transmedial narrative. It then offers a brief overview of multiscreen video art to contextualise Akomfrah's work, and finally an analysis of Akomfrah's film, focusing on the special use of montage and literature in it. Vertigo Sea envisages aspects of the violence of modernity in its dramatic imbrication with the sea (the slave trade, Mediterranean migration, whale hunting and more). As it combines archival material, fragments of films and original shots of sublime seascapes dovetailed with quotations from classics of literature and philosophy, the article reflects on the extent to which the assemblage enables an original reformulation of narrative and narrator in the digital medium, and envisages it as a special form of epic, a multiscreen montage epic. 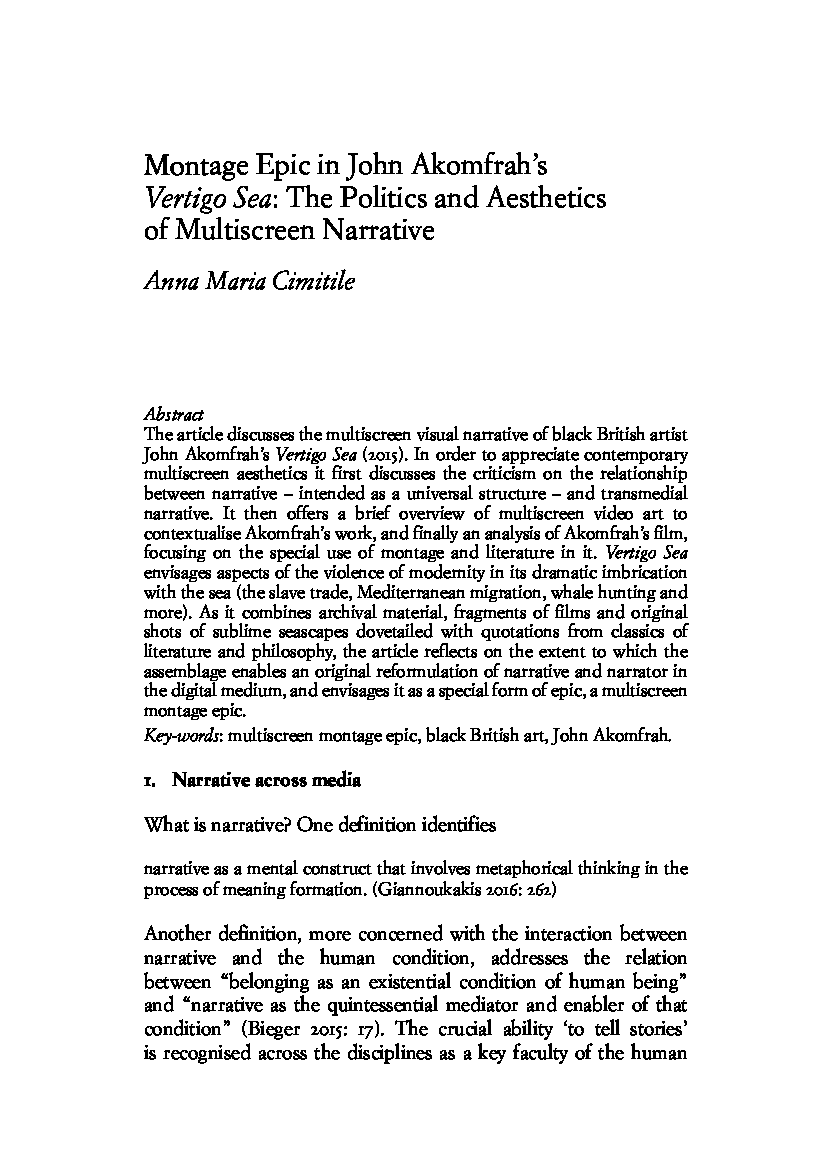