Among the many contemporary playwrights who have paid attention both to existing collection and gallery spaces and museum motifs, Tim Crouch is undoubtedly one of the most interesting. The idea of the collection is deeply embedded in ENGLAND (2007), not only because the story involves a Dutch-American art dealer, and contains many references to the art world, but also because it revolves around a coincidence between the space of theatre and gallery, and a symbolic interchange between the two, raising provocative questions about their role in contemporary society. As a matter of fact, Crouch's dramaturgical practices hinge on a creative engagement with relationships between theatre and art gallery, storytelling and performance, and mark a transition from play-writing to theatremaking. Conceived as "a play for galleries", ENGLAND uses the art gallery as a laboratory for experimenting with the interaction between modes of storytelling, performance and exhibition in order to attempt to give the audience a greater sense of its own authority. 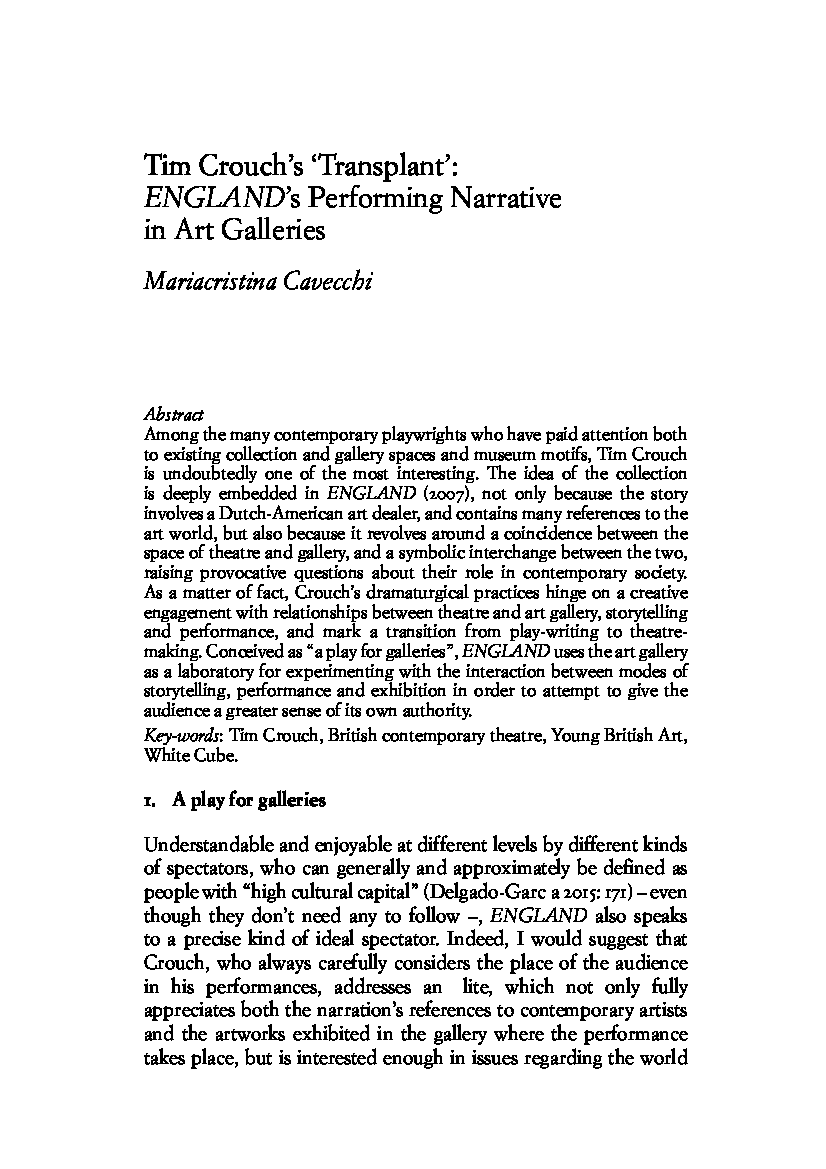