Poet, critic, translator, biographer, co-founder of Imagism with Ezra Pound and bestseller novelist in his own time, Richard Aldington has been "much neglected in recent years" (Whelpton 2014). Yet, fifty years after his death, he is receiving new recognition, as the re-issue of "Death of a Hero" in the Penguin Classics (2013) and a new biography (2014) prove. A survey of the documents held at Scalero's Archive and at the Historical Archive of the Arnoldo Mondadori Press reveals some of Aldington's considerations about his poetics and about the Italian translations of his works. The letters that Aldington wrote to his translator Alessandra Scalero confirm the novelist's commitment to his political ideals. Indeed, when asked to declare in a letter to Count Galeazzo Ciano, the Minister of press and propaganda, that his novel "Death of a Hero" had no "bad intentions", in order to overcome Italian censorship, he could not accept "to write anything which might make the book seem other than it is", and as he would not "ask a favour of anyone, even of Italy!" the novel translation was postponed until 1956. The archives also reveal Aldington's care for his Italian translations, that he considered "so good and accurate compared with the French and German" ones (even though he was very precise in pointing out any translation mistakes to his publisher), as well as his deep love for Italy. The British artist who choose France for his self-exile actually thought that his writing seemed "so much better in Italian than in French" and confessed that "Italy, Italian culture and Italian life have been one of the most important and certainly happiest influences in my life". 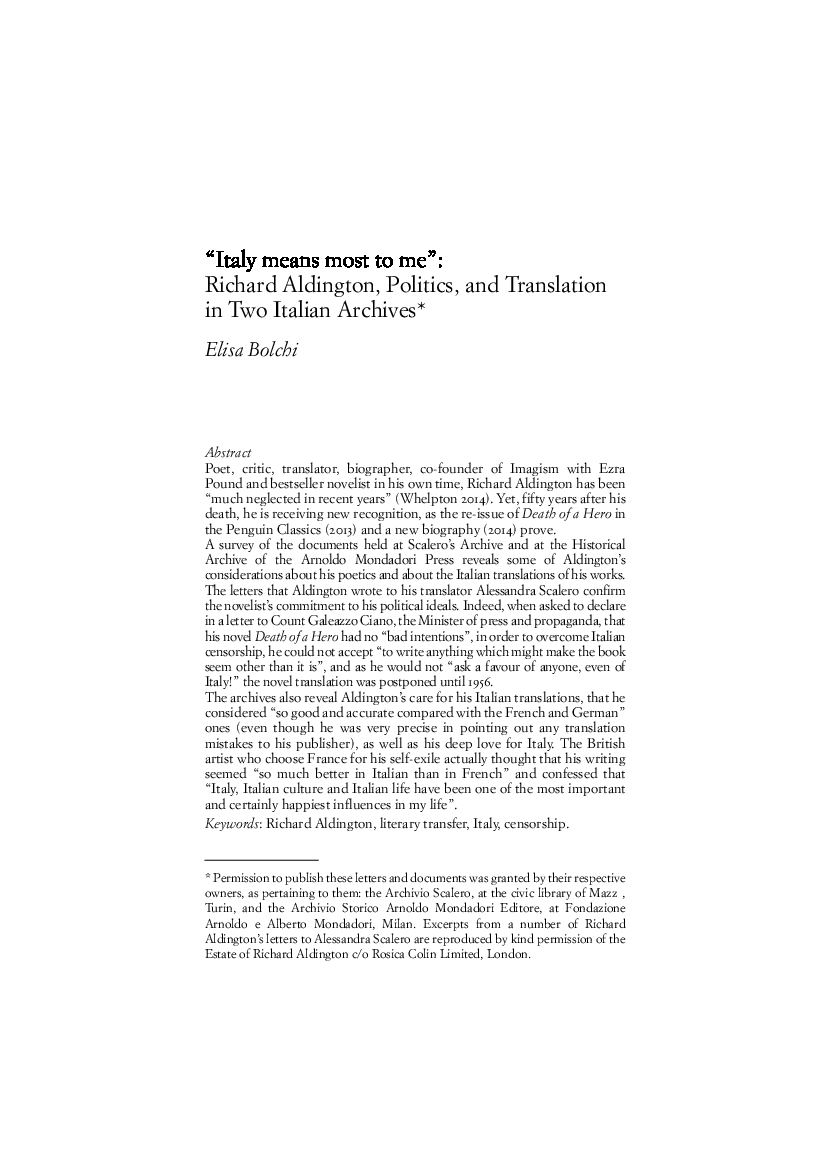