The primary aim of this paper is to offer a Cognitive Linguistics analysis of the language used for and about children in the judicial system of England and Wales, as well as the reports of such cases in UK media. The treatment of children when questioned by the police and in court has been an ongoing issue. A number of outdated, social myths persevere in rape cases involving both adults and children. These myths generally include the 'Rape Myth' and the 'Autonomous Testosterone Myth', and for children also include other adverse, expected patterns of behaviour, such as a general expectation that children 'lie', 'cannot differentiate truth from fiction', and 'are easily confused about other people's intentions'. This paper offers a review of the legal process in England and Wales involving children, before illustrating how the above myths and expectations are triggered by the questions put to the witnesses. The analysis shows how these associations are networked in elaborate semantic domains that may trigger inferential information that prejudices hearers against those same young victims. 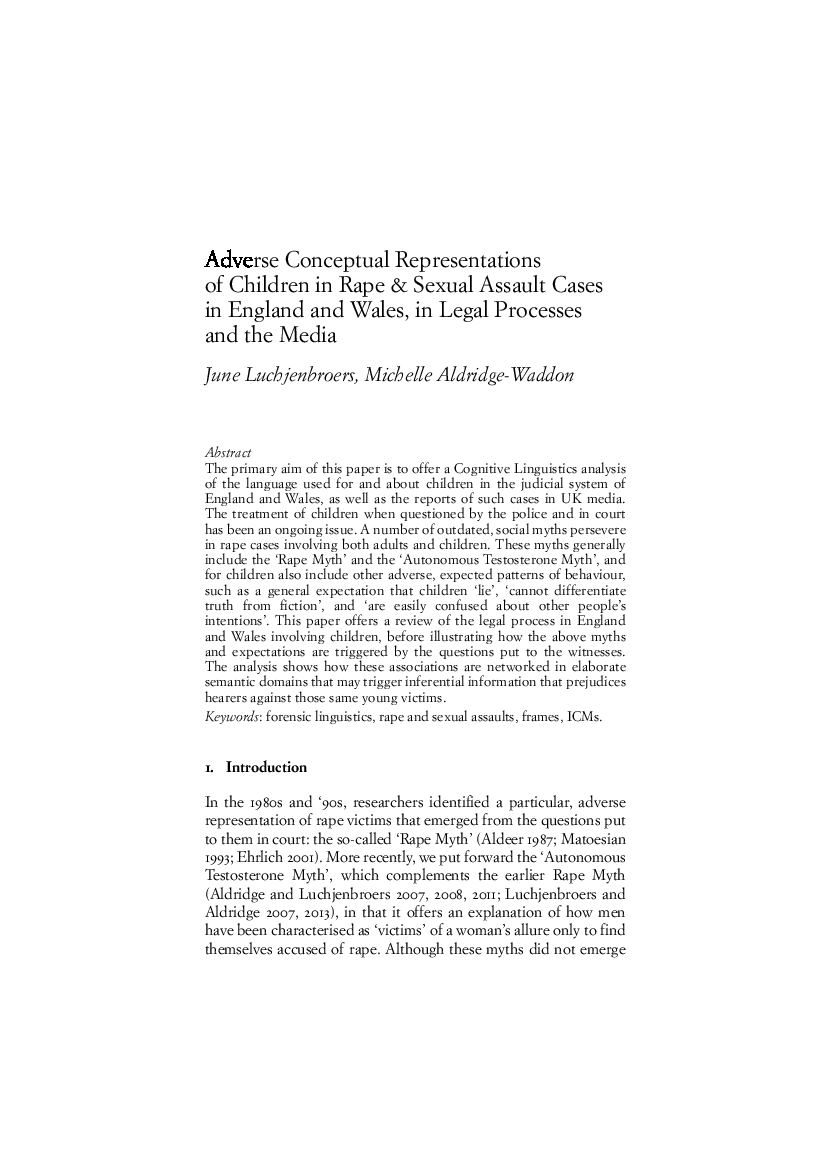