The History of Emotions has recently become an important area of study, particularly in regards to the representation of emotion in art and literature throughout history. Early modern doctrines on the passions are numerous, and are being used increasingly as a framework for the analysis of literary texts from the period. While there has been scholarship on the passions in early modern drama, particularly the works of Shakespeare, there has been comparatively little research in this area on the work of Philip Massinger. This essay will argue that as well as the political and metatheatrical frameworks that so often dictate scholarship on Massinger, the proto-psychology of the early modern era is equally relevant in the study of Massinger's plays. This essay will consider two examples of the jealous husband in his tragedies - comparing and contrasting Sforza in "The Duke of Milan" (1623), who performs his emotions in an act of violence against the wife whom he believes to be unfaithful, and Caesar in "The Roman Actor" (1629), who fails to do so - arguing that early modern understandings of the passions influenced the portrayal of Massinger's protagonists and their actions. 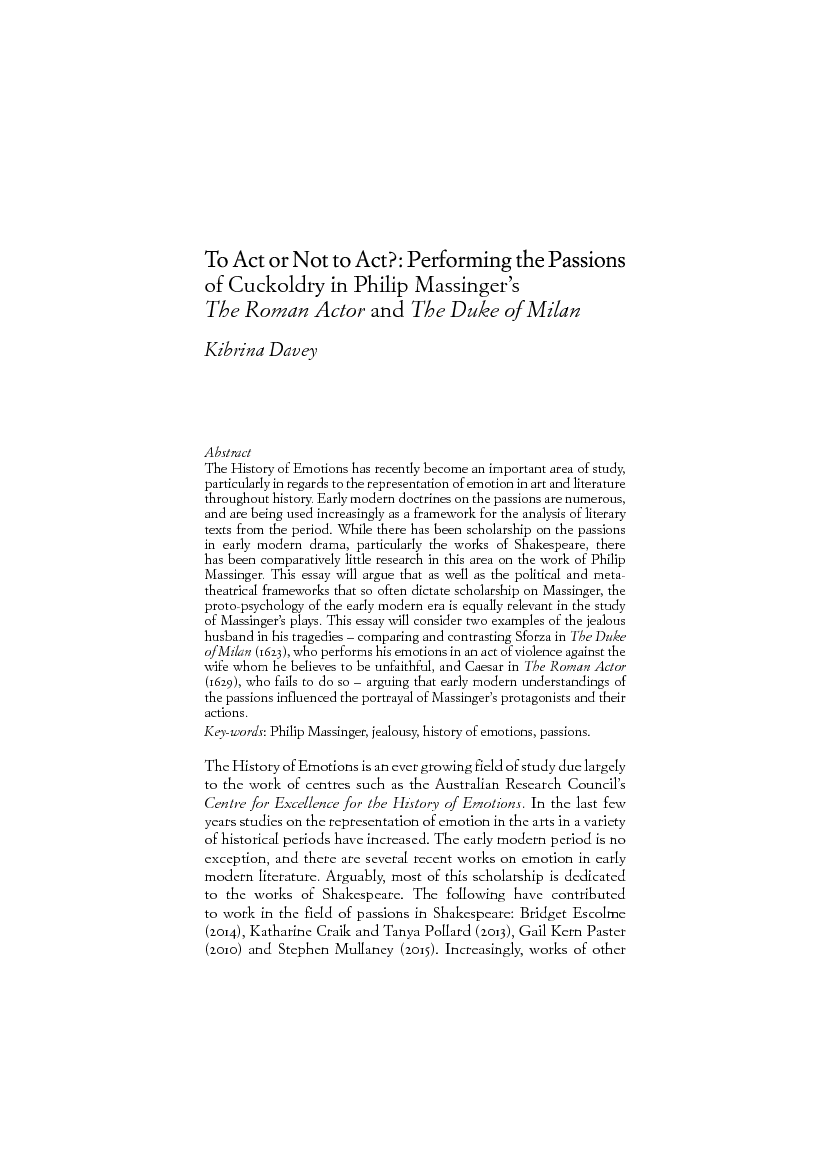