Early Modern revenge plays in which poison is used as a means of eradicating enemies, family members and acquaintances are numerous, and Italy was a favourite setting for them: Fynes Moryson declares that "the Italyans aboue all other nations, most practise revenge by treasons, and espetially are skillfull in making and giuing poysons", and expressly connects this to Catholicism: "For poysons the Italians skill in making and putting them to vse hath beene long since tryed, to the perishing of kings and Emperours by those deadly potions giuen to them in the very Chalice mingled with the very precious blood of our Redeemer" (Hughes 1903: 405- 6). This essay will explore the anonymous "The Tragedy of Claudius Tiberius Nero" (1607), a play including six poisoners who amongst them murder a variety of victims by means which include giving them stale water and poisoned wine, force-feeding, applying a poisoned crown, and poisoning a pomegranate and an apple. "The Tragedy of Claudius Tiberius Nero" shares elements with other plays connecting Italy and poison, but here the setting is specifically a Roman one. This places the emphasis less on Catholicism and more on the setting of the imperial court, allowing the play to offer a searching analysis of court culture with particular attention to the bonds formed between rulers and favourites. In this play, poison becomes a metaphor for an emasculation which is figured as pervasive, contagious and toxic. 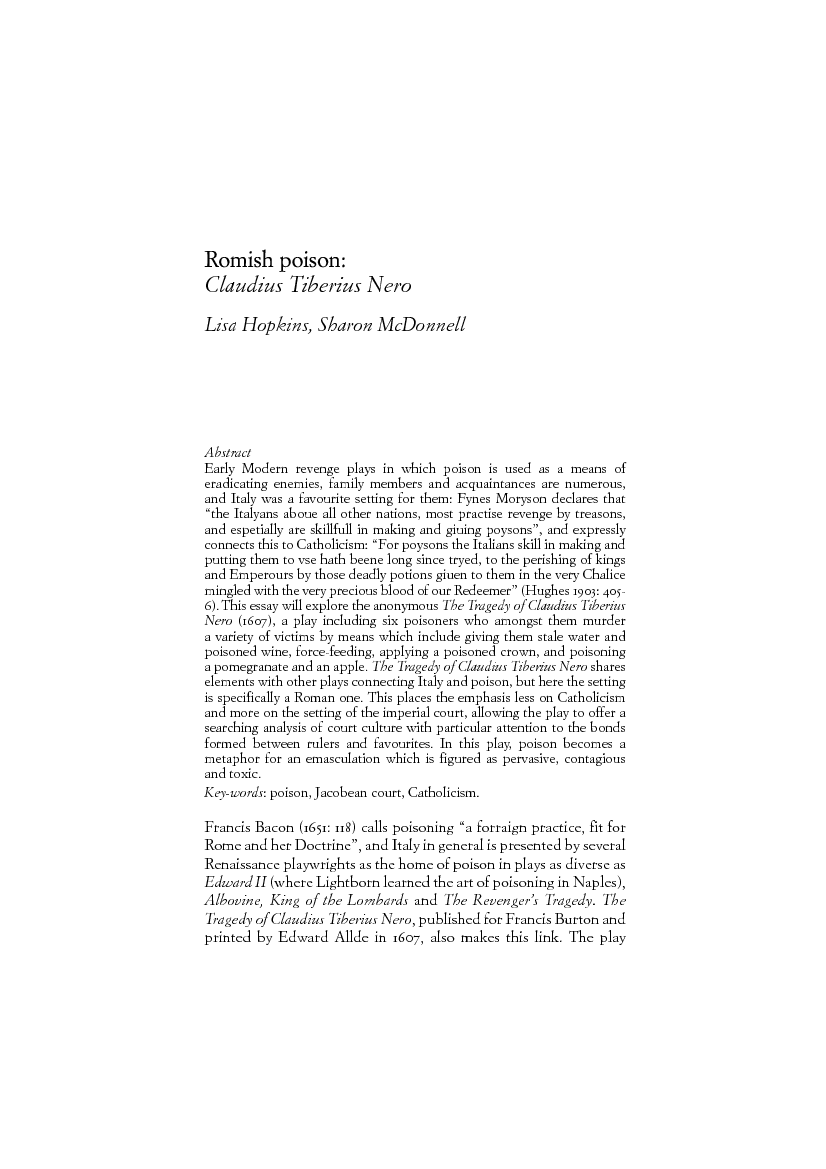