From a handful of references in the classical authors, Portia, daughter of Cato and wife of Brutus, became, in the Renaissance, a powerful symbol for dramatists and lyric poets. But what exactly did she symbolise? The classical authors had between them ascribed to her two self-inflicted wounds: one made with a sword, the other (fatal) with burning coals. Did these indicate strength, a woman brave enough to embrace pain, or weakness, the recourse of one who found the strain of the Civil War too much for her? Was she victim, heroine or virago? This paper will consider some representations of Portia and her relationship with Brutus, focusing on William Alexander's and William Shakespeare's tragedies of Julius Caesar - with some early reworkings of Shakespeare's play, where the authors reach different conclusions on what to do when a woman describes a wound in her thigh. 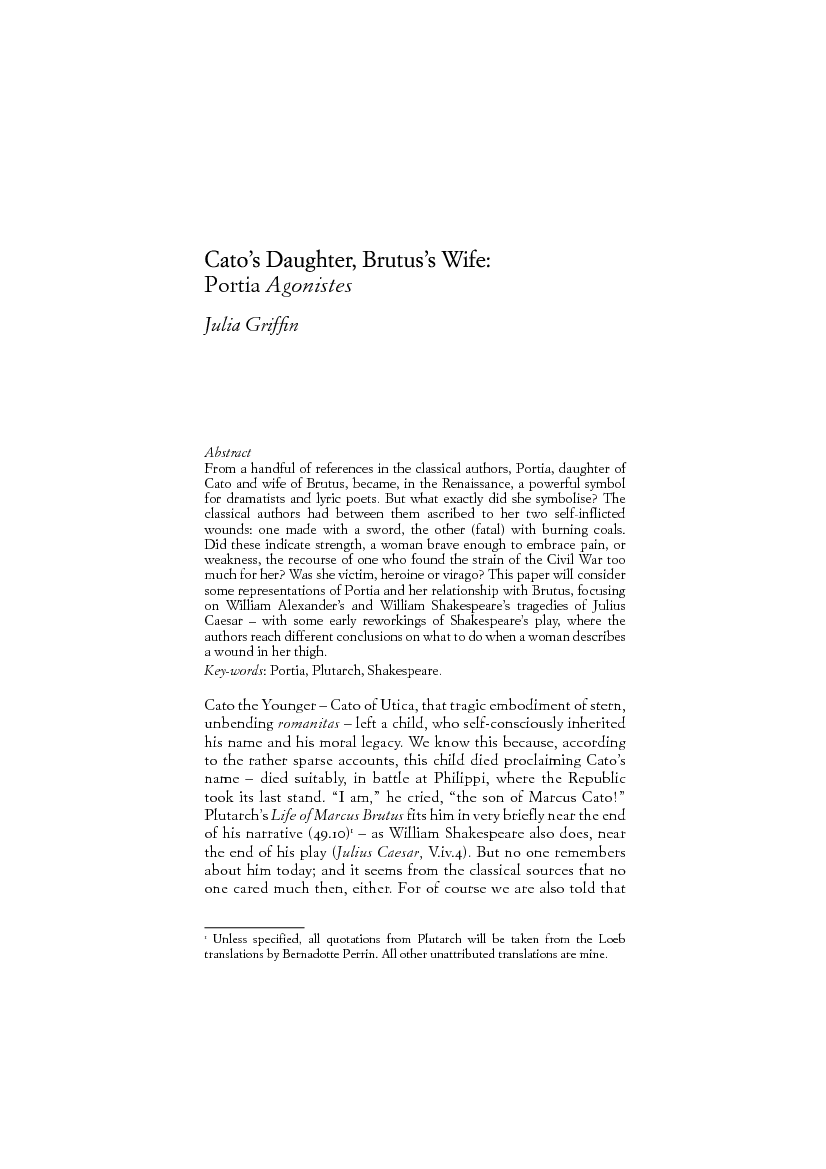