In the 1870s Samuel White Baker and Charles George Gordon wrote accounts of their explorations and military campaigns in the Upper Nile while in the pay of the Egyptian Khedive Ismail. Temperamentally they were very different and came from very different backgrounds, but in the impervious Central African regions they were supposed to "civilize" they were placed in, roughly, the same predicaments, and construed them by drawing, generally speaking, on the same conceptual-ideological baggage. In comparing their accounts, my article underscores how they articulate different attitudes on a number of issues related to territorial expansion and enforced modernization, showing what margins the Victorian imperialist doxa left for discursive dissent. 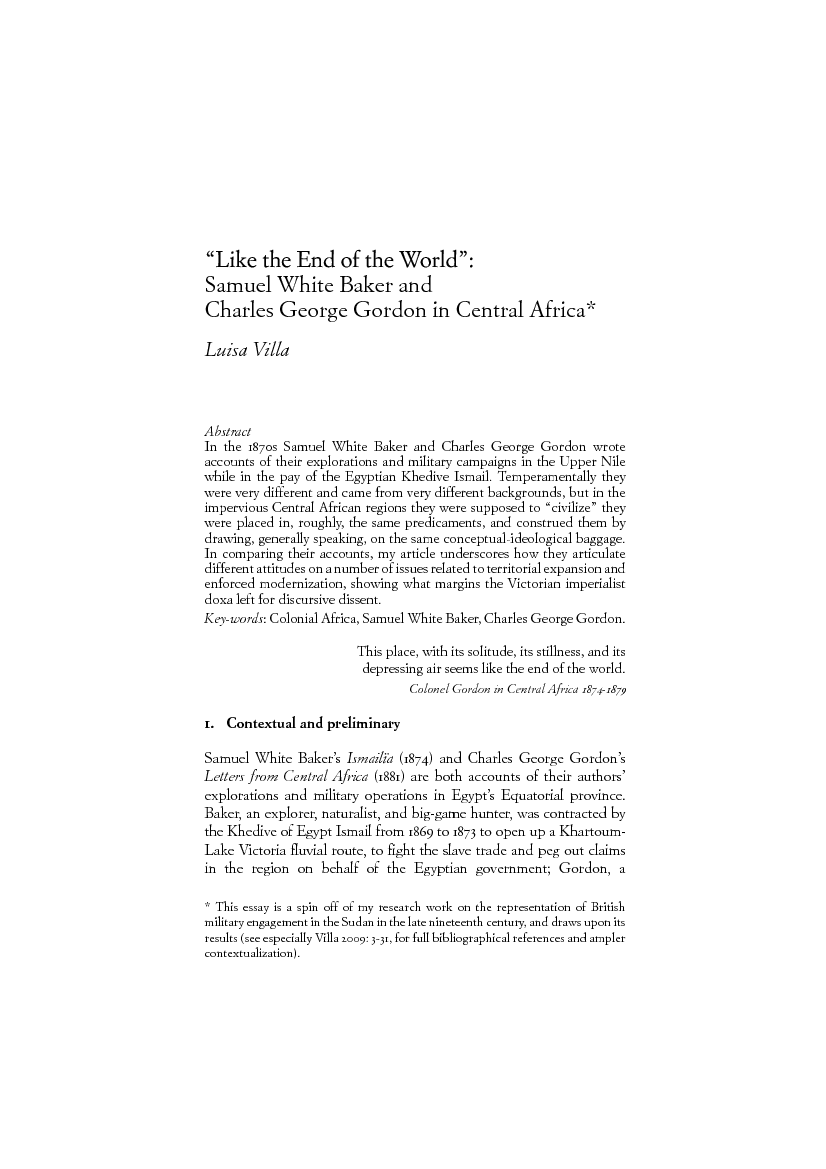