The nineteenth century saw the golden age of British exploration of Iceland, a country that had long epitomized the inhospitable 'North' in the Western imagination. The interest of British travellers shifted from the scientific attitude of the early explorers, attracted by the island's extraordinary geology and natural phenomena, to the rise of 'saga tourism' in the second half of the century. Iceland provided the perfect site on which British ideals of 'northern' values, cultural and literary heritage could be projected and renegotiated. In this context, Anthony Trollope's travelogue of the visit he paid to the island in June and July 1878 as a guest of John Burns aboard the steamer "Mastiff - How the 'Mastiffs' went to Iceland" (1878) - can be seen as a transitional text where the idea of the North as a place of danger is reshaped as a place of leisure, and partly stripped of its romantic and heroic overtones. In particular, the article investigates Trollope's 'domestication' of Iceland in the interplay between his humorous travel account, revolving around the adventures of the sixteen passengers invited by Burns whom he renames 'the Mastiffs', and the essay "Iceland" he wrote in the same year for the "Fortnightly Review" (1878). Trollope's 'dual' perspective is also discussed in relation to the memoir that Jemima Blackburn, one of the 'Mastiffs' and illustrator of Trollope's book, later wrote for "Good Words" (1879). 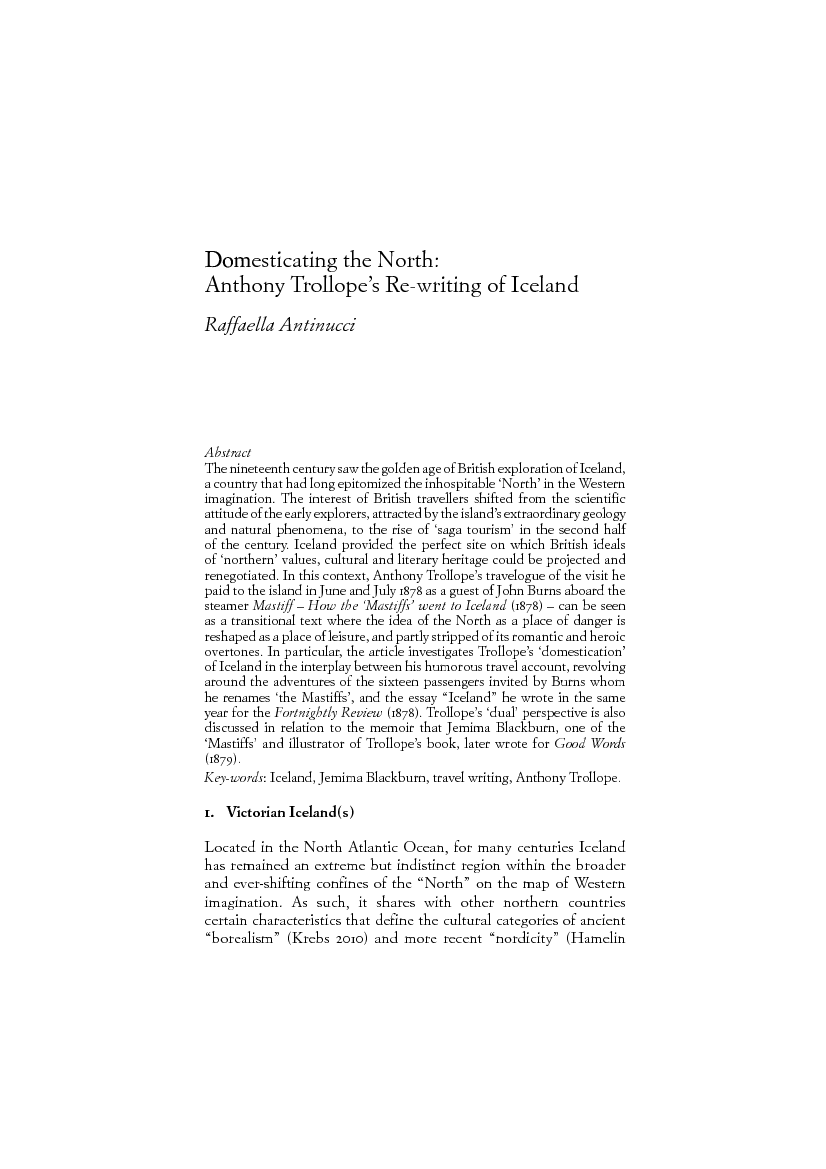