Although growing scholarly attention has been dedicated to rereading literary periods through a more environmentally oriented lens, there remain several phenomena whose ecocritical potentials are disregarded. Georgian poetry, which was developed in early-twentieth-century England, represents, in this sense, a missing link between increasing ecocritical attention on Victorian and Modernist literature. By addressing the neglect toward Georgian literature that not only began during that era, but which still endures, the present study offers an ecocritical reading of the first volume of Edward Marsh’s anthology: Georgian Poetry 1911-1912 (1912). My study aims to express how a nature narrative trajectory that appears to emerge in selected poems of this volume allows for its possible critical re-evaluation. Specifically, emphasis is placed on how the environmental imagination of the Georgians: a) displays traces of a ‘mature’ aesthetics in regard to the notion of the environment, echoing the growing environmental sensibility in the 1910s; b) allows for establishing a dialogue with ecocritical epistemology that has been enhanced by current environmental crises. This operation, therefore, represents a useful baseline for current readership to engage in discussions on issues of human-nonhuman connectedness in early 1910s England, which resonates with present-day ecological concerns. 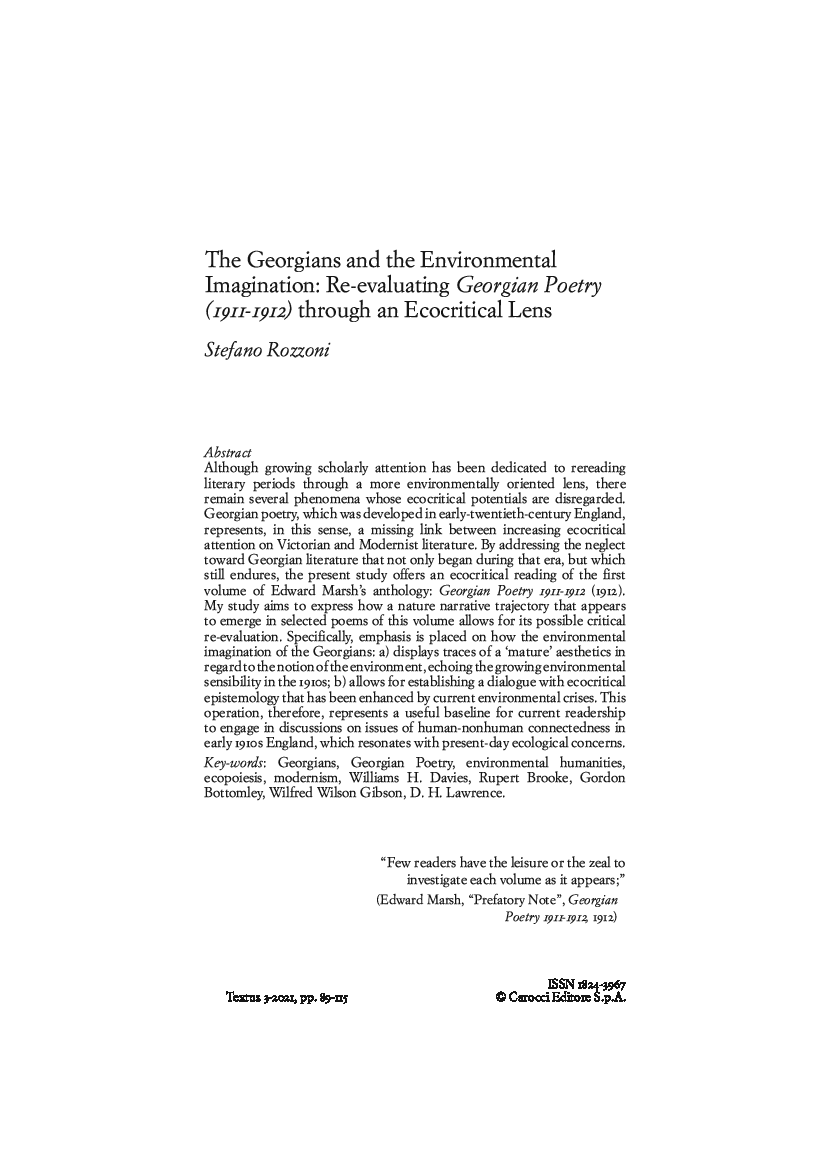