Many ecocritical approaches to Shakespeare have focused on the storm in King Lear as an embodiment of the early modern anxieties about nature and the construction of the real. In most criticism, the storm has been read as a mere contextual analogy to Lear’s madness. The article questions this approach and instead encompasses the early modern discourse on the storm as the visible manifestation of God’s wrath. It considers how the storm was rendered in classical and early modern poetry by way of rhythmic variations. Then, it graphically displays the cumulative amount of joint variations in metre throughout the play, proving that this human turbulence does not overlap with the storm, which is instead marked by less irregularity. Shakespeare adapts the early modern discourse on storms by removing the providential, religious frame and by offering an impersonal, nonhuman gaze on the King himself, turned into an object. In this environmental approach, the nonhuman is thus used to create a new subjectivity. This process recalls the nonlinear processes of complex systems, thus offering the storm in King Lear as a complex environment where notions of causality and analogy are perturbed. 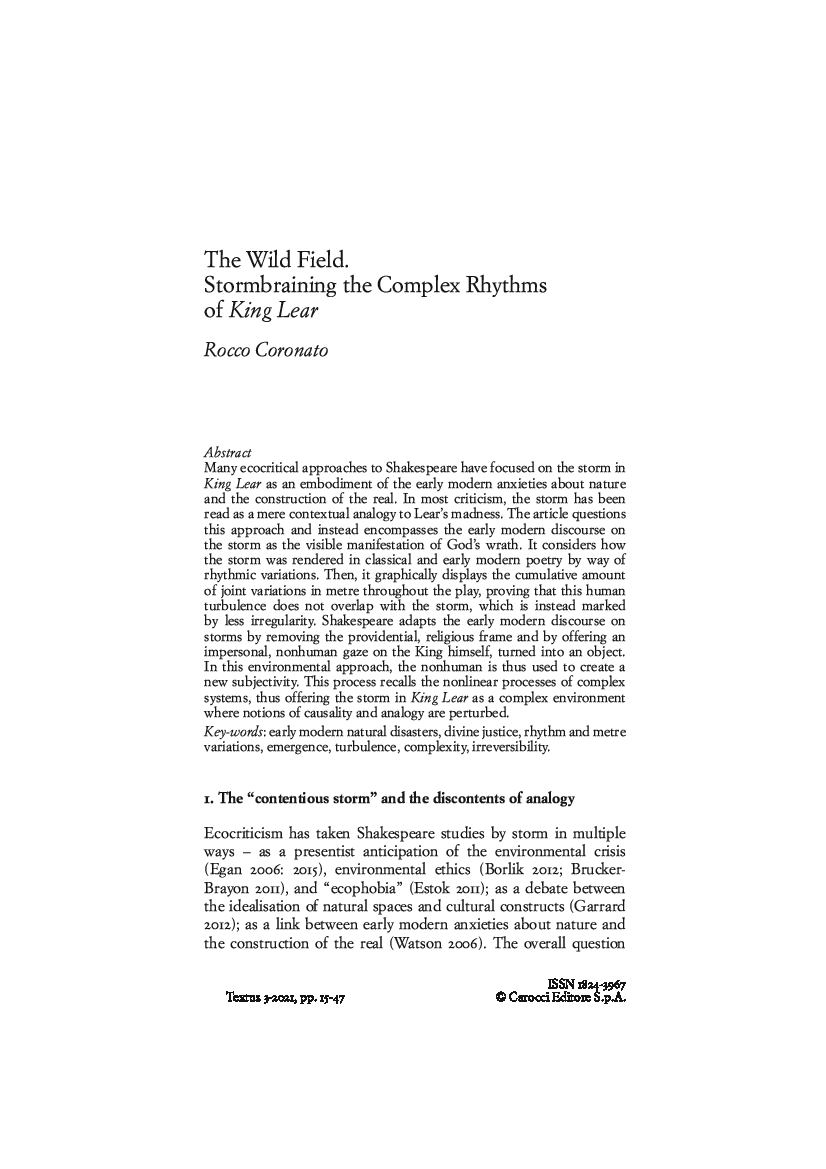