From the late 1940s onwards an increasing number of Italian and Italian majority co-production films reached the UK in an English-language version. These films belonged to different genres (e.g., historical epics, crime melodramas, mythological films, westerns) and were marketed to diverse audiences of mainstream and art-house cinemas across the country. Historical findings reveal that one of the main causes of dissatisfaction for British film critics reviewing these films was the confusing array of accents and varieties of English used. This study argues that the existence of multiple varieties of English is the result of significant re-alignments in the international film trade which took place during the 1950s and 60s. As a result, Italian films were dubbed either in London, Rome or New York, relying on the local availability and experience of translators, adapters, voice talents and direction. This study argues that the so-called “usual hubbub of accentsµ was the result of the complex transnational identity of Italian films produced during this period, but also ensued from the powerful control exercised by American producers and distributors over casting, localisation, and marketing decisions. Historical research into the reception of dubbed Italian films in the UK allows us to understand not only the material and cultural circumstances contributing to the unpopularity of dubbing, but also subsequent developments in the localisation and exhibition of non- English-language films in this country. 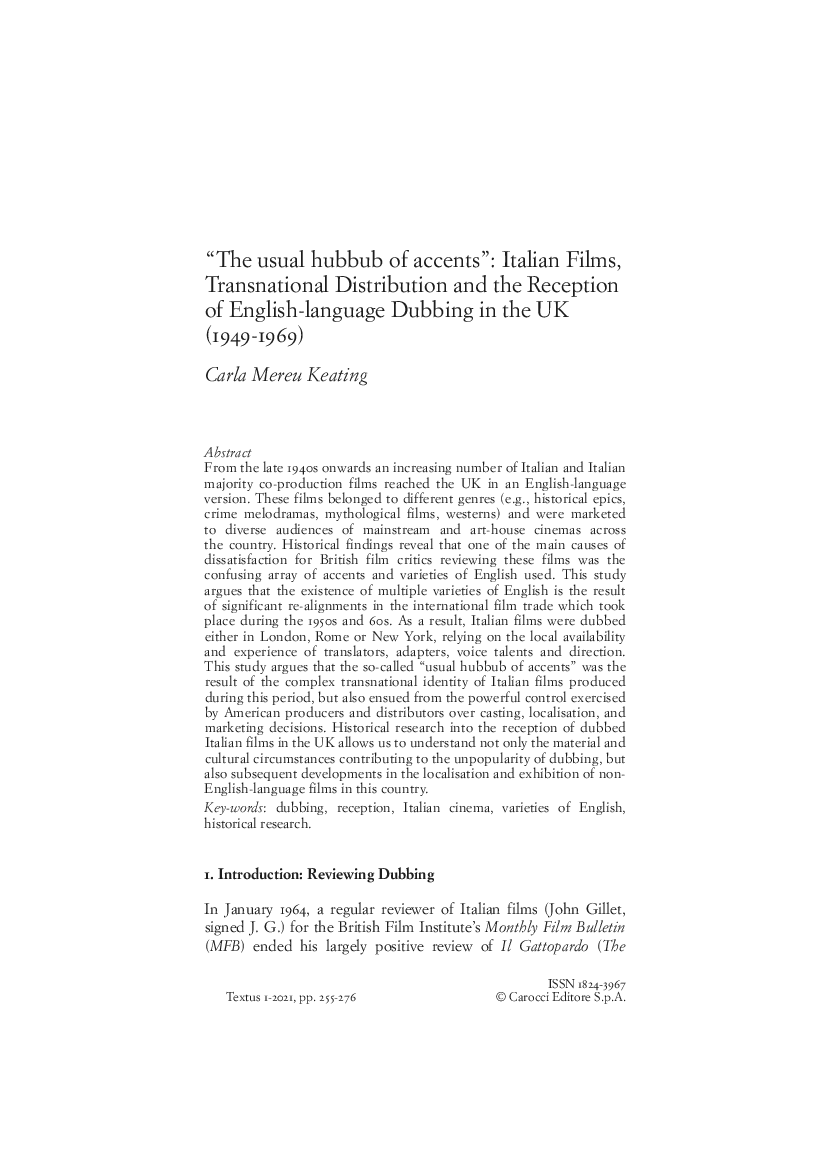