Focusing as a case study on the Italian translation of Constance Markievicz’s writings, this paper reflects on the exegetical value of translation. Born into the Anglo-Irish Ascendancy, Irish nationalist Markievicz waged an unrelenting war of words against English power in Ireland for nearly two decades, and she combined it with the armed fight and activism she is best known for. Her eventful life and daunting actions have been evoked retrospectively and through anecdotes that depict her either as a heroine or an extravagant woman, an «average revolutionary» and a «pestilent harridan». Her writings, by contrast, have received partial critical attention and remain mostly uncollected to this day. Rarely, that is, she has been allowed to speak for herself. In such respect, the critical edition of Markievicz’s writings in translation is a rewarding starting point. Translation can make a significant impact upon literary and historical scholarship: it revisits contexts, it tests secondary sources, it pursues «the intentio of the original», and «liberates» (Benjamin) the language therein imprisoned. Markievicz’s writings are exemplary of the way translation can liberate her voice, rethink perceptions of her, shed a different light on her and her words, ultimately contributing to our knowledge of her times and of ours. 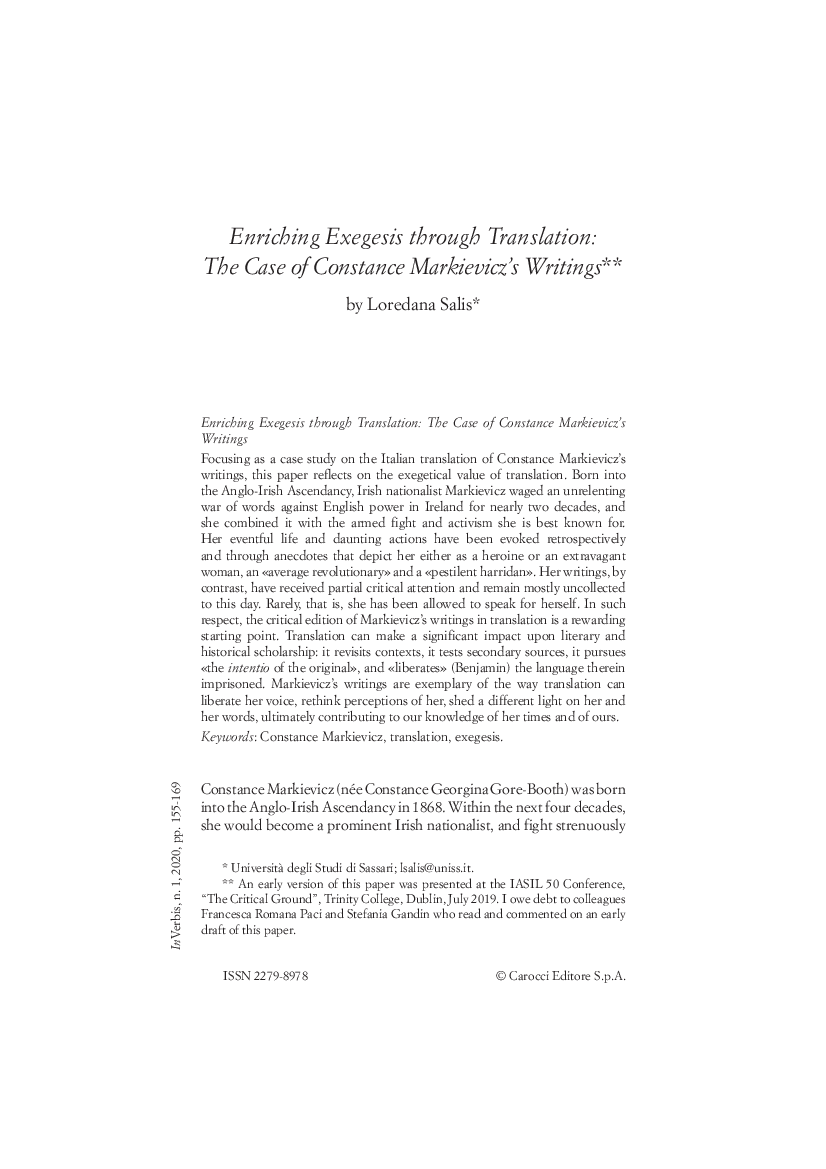