Exiled in Hanover since the end of 2015, the Syrian poet Mohamad Abdul Moula dedicates a collection of poems in Arabic to the German thinker Hannah Arendt. Witnesses to the encounter he imagines with her, the poems are haunted by the voice of the philosopher and a dialogue, unreal and real at the same time, engages with the «poetic ghost» of Hannah Arendt. This paper attempts, through the analysis of a selection of poems, to identify such an absent presence and the way in which the exchange with it can take place. Relying on the common points which he notes between the thinker and himself – notably the flight from a totalitarian regime, the experience of exile, the city of Hanover – the poet superimposes eras, playing with their intermingling to transcend his own reality and seek to understand. The community of thought constantly suggested by the poetic self feeds on common experiences and reflections and, through a dialogue with this voice from the past and from death, calls for a text still to come. 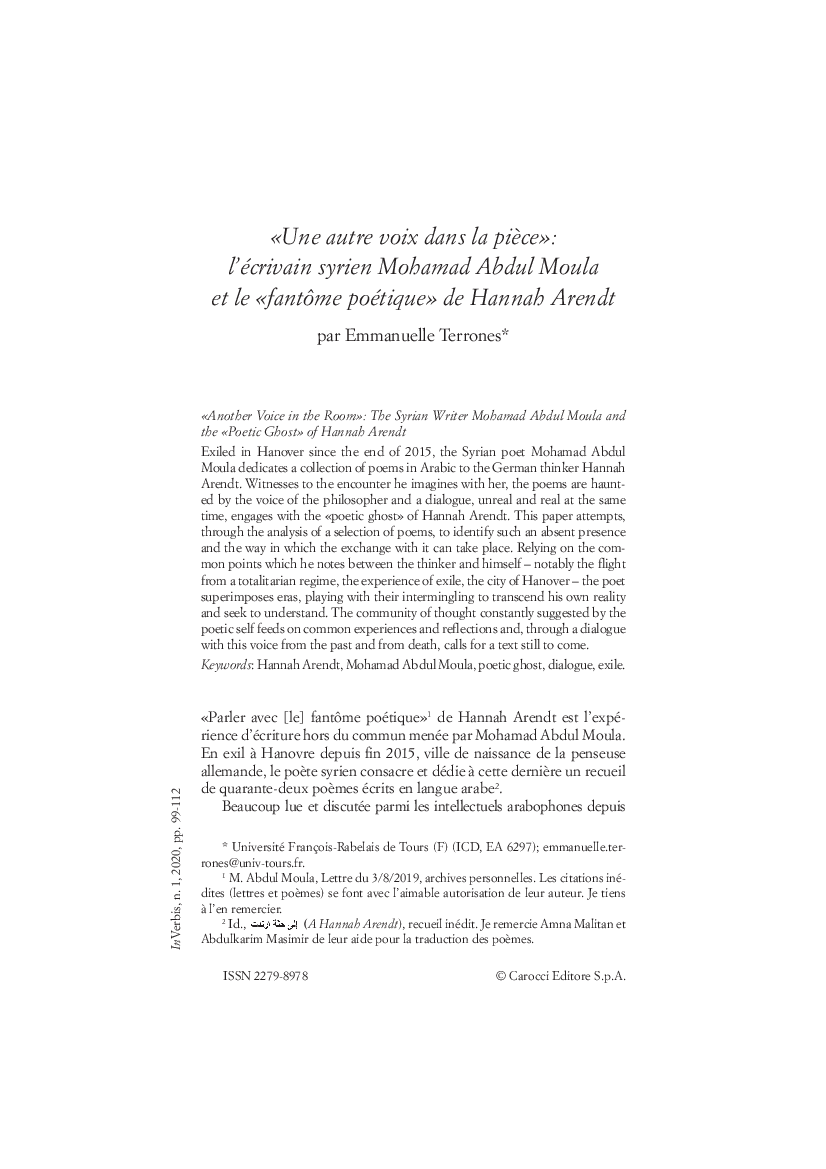