During the nineteenth century, thanks to the diffusion of new optical devices, the diffusion of a new visuality takes place. Phantasmagoria brings forth a form of imagination that allows to alter the relationship with reality through the introduction of another scene that escapes natural laws and that allows to manipulate the representation of reality. In this context, the present contribution, through an analysis of Sombra by Benito Pérez Galdós, tries to highlight the aspects of the story that refer to the new systems of vision (projections, animated images, mirroring and phantasmagorias) which, in different ways, contribute to the construction of the plot and of a modern mythology of the eye. 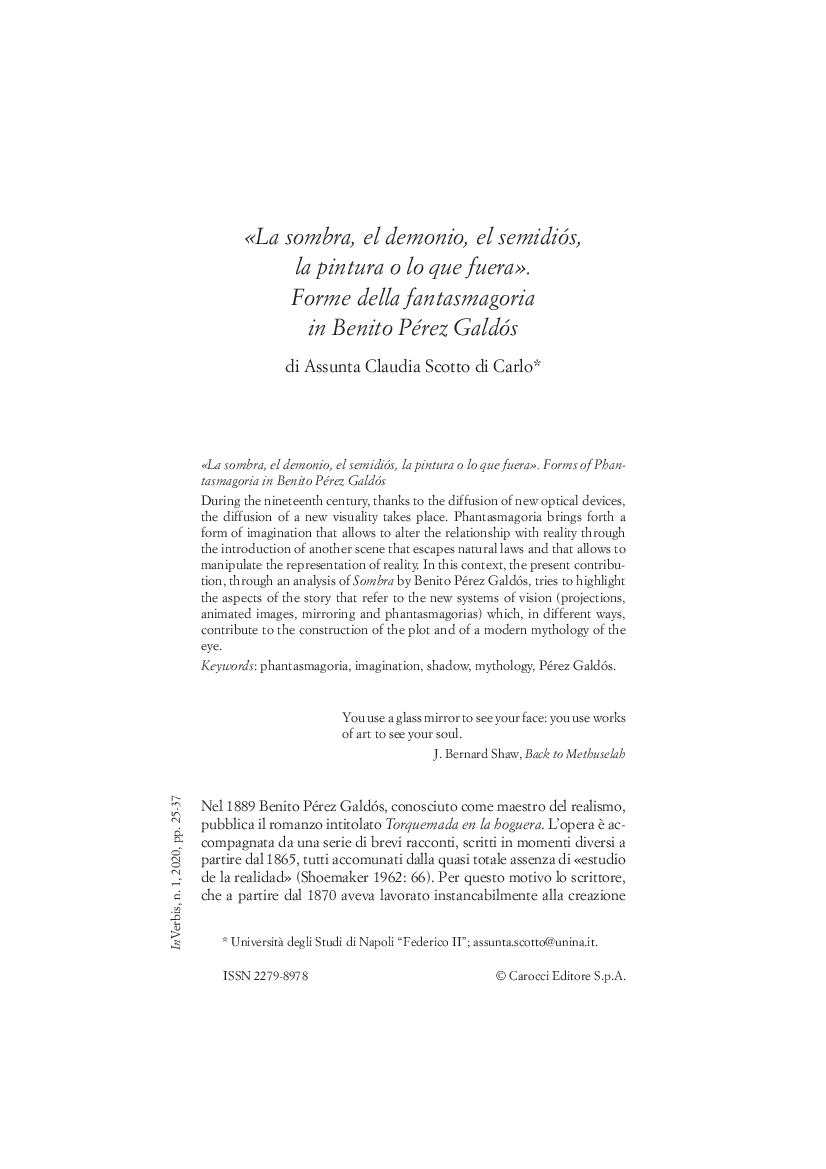