In the Old French epic poem of the "Chanson de Roland", neither the distinct opposition nor the intersection of both the notion of "pröesce" and "sagesse" can be substantiated. To describe the character of Olivier, it is thus necessary to downplay the importance, or, at least to de-emphasize the significance of his wisdom, especially in the context of the new ideal of perseverance that establishes itself towards an imminent Crusade. The "Chanson de Roland" is rather a thoroughly Christianised text that depicts Roland - despite, or, because of his "desmesure" - ideologically as the most important protagonist. It is in fact merely for his foolishness that Roland can fight an exemplary battle against the pagans that is to be continued till the very end. Only the heroic conception and behavior of Roland can illustrate the call to future martyrdom. The literary message of the Oxford version of the "Chanson de Roland "is thus primarily associated to Olivier's secondary role that represents a clear contrast with the ancient tradition, of which different traces can be found, for example in an earlier version of the "Girart de Vienne". 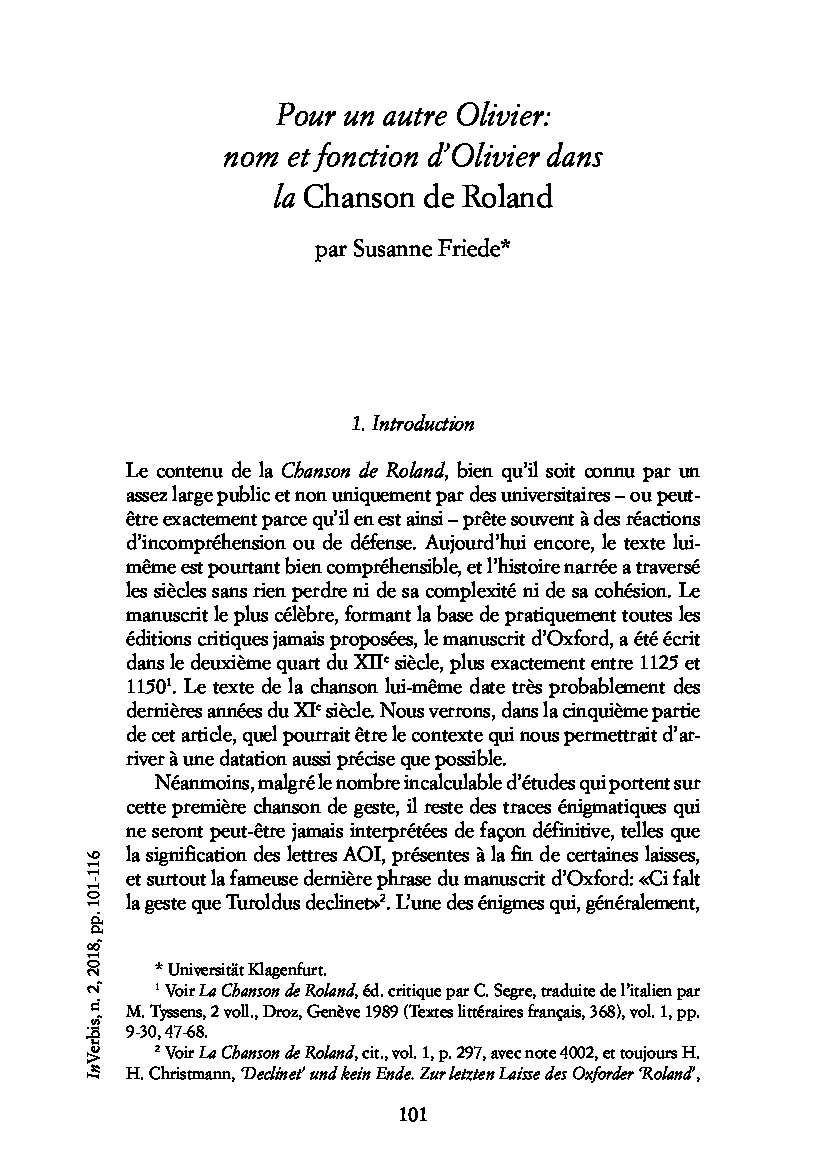