This paper aims at reconstructing the semantic meaning of Homeric Ὑπερίων, the epithet of the sun, whose etymology is still not clear. After presenting the modern interpretations, which describe it as an adjective in the comparative form derived from the adverbial particle ὑπέρ _'up, above', the ancient grammarians' hypothesis on Ὑπερίων _as a compound is tested, taking into consideration the textual analysis of those discourse contexts in which the terms for sun are used in archaic Greek and Vedic Sanskrit in a comparative perspective. In particular, the co-occurrence with the motion verb go, i.e. εἶμι _and i from the same IE root *h1ey-, in the Homeric poems and in the Rigveda respectively, might shed light on the existence of an inherited Indo-European representation of the sun. 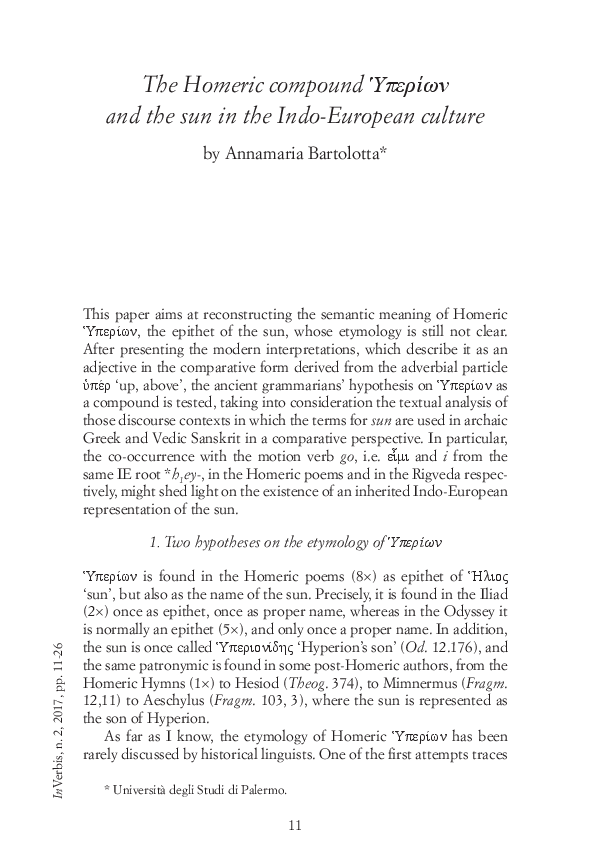