Starting from the notion of street culture, and from the vast corpus of sensational crime news in early modern England, this paper will focus on a selected number of anonymous writings circulating in London in late Elizabethan-early Stuart times, and representing powerful forms of female subversion. Invaluable sources of information about English popular life, as well as its rigid moral codes, they show that the cases of women killers in domestic contexts were given high resonance, and that the gender issue was already pivotal at the time. "A Briefe Discovrse Of Two most cruell and bloudie murthers, committed bothe in Worcestershire" (1583), "Sundrye strange and inhumaine Murthers, lately committed" (1591), "The Bloudie Mother, or the most inhumaine Murthers" (1609), and "Deeds against Nature and Monsters by kinde" (1614) are the four texts which will be considered, and which reveal the dark side of female nature. There is documentary evidence that women were educated according to the strictest Christian precepts, yet they appeared to be fascinated by evil, and apt to use violence even to break their tightest family bonds. It is a fact, though, that women offenders were a minority in England, and that their cases were paid special attention. Complete with appealing title pages, and characterized by highly moralizing tones, the sensational narratives that originated from them served not only to convey ideals of godly order and doctrinal orthodoxy, but especially to reinforce the bases of (pre-)patriarchal society. Based on women's household violence as a form of escapism from oppressive moral norms, this paper will finally show how street culture and punishment were utilised to annihilate deviant gendered behaviours. 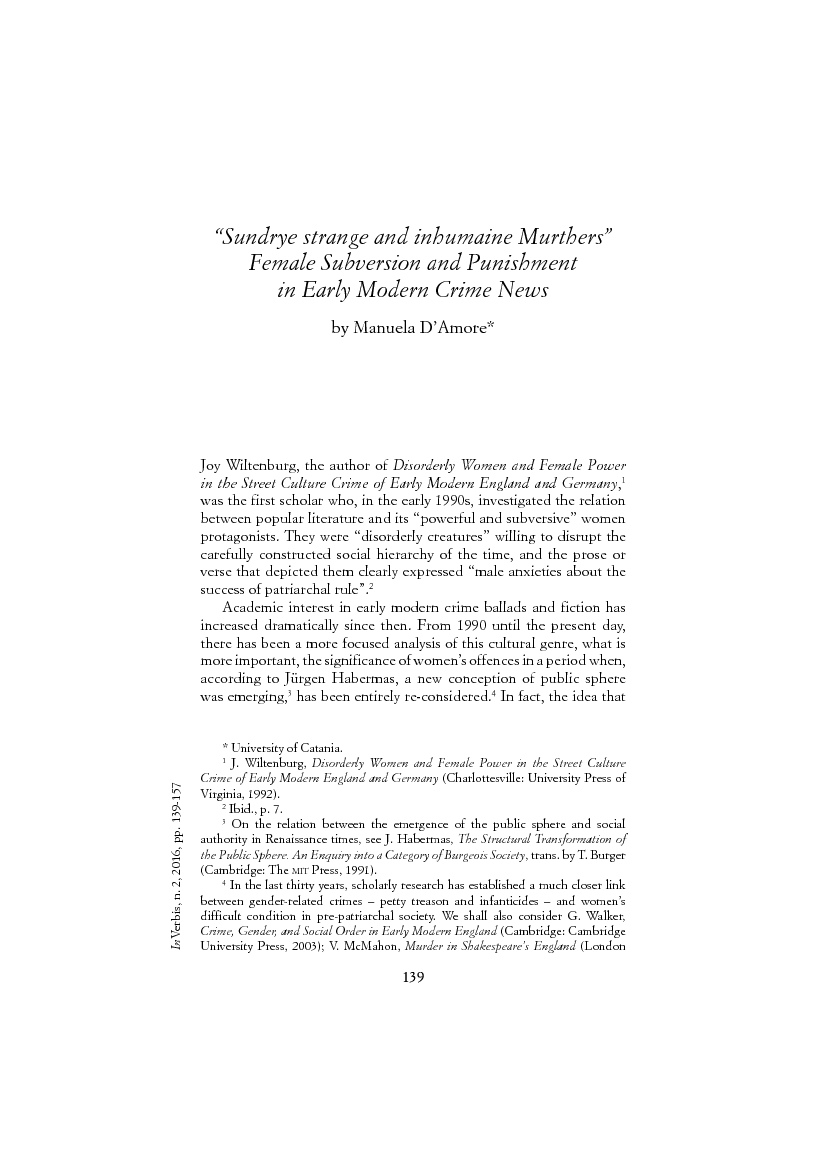