The second section of Shakespeare's "Sonnets", dedicated to the Dark Lady, has often been disregarded, subordinated as a "subsequence", and summarily dismissed as an example of parodic inversion of the Petrarchan model, an elaborate "mock praise" concurrent with the misogynistic vein present in the poetry of the period. The aim of this study is to challenge this critical assumption by showing how the Shakespearean addressee, very different from the loathed mistresses of the most misogynistic poetry of the time, proves instead to be a deeply complex figure, whose importance within the "Sonnets" should not be underestimated. In fact, it is through this subversive figure that all the axioms at base of the canonical model are made to collapse, giving way to a new poetical and ontological paradigm. 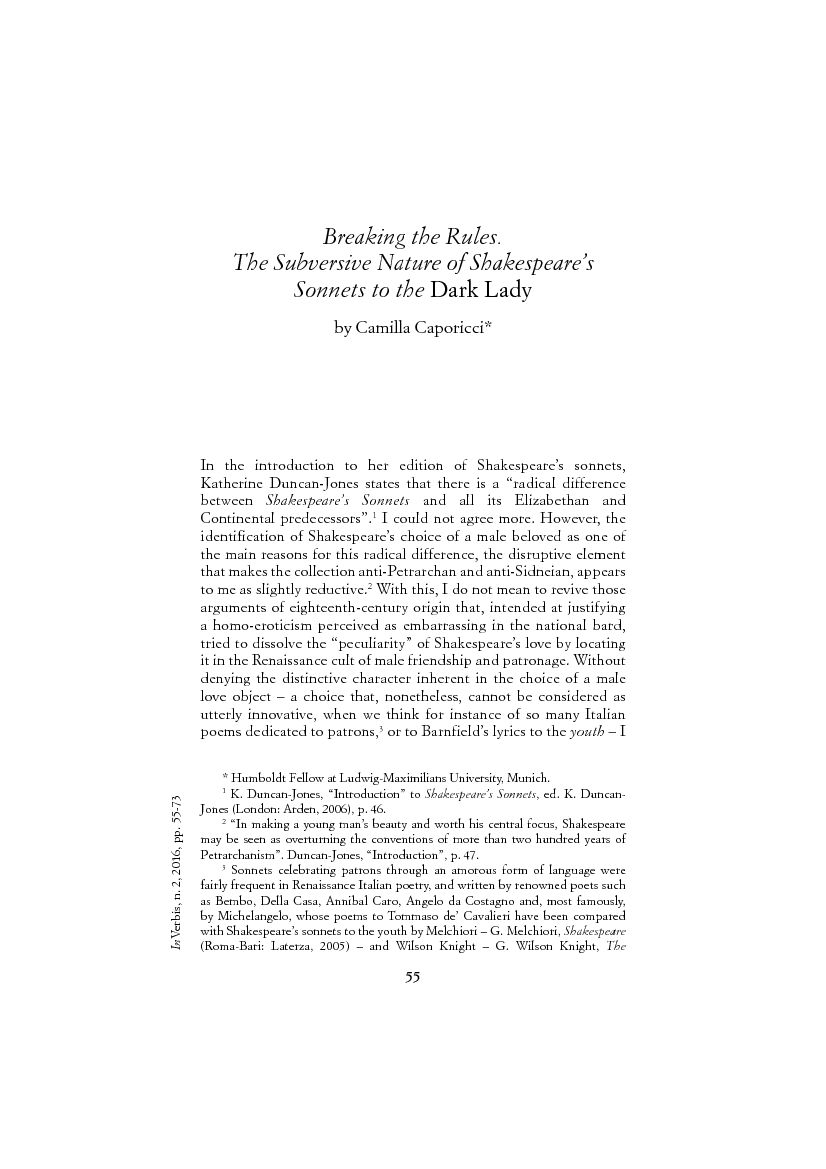