Was it unsafe to deal with theology in the Europe of the wars of religion? Yes, of course it was. Unsurprisingly, Elizabethan censorship held a tight rein on all those plays, which might discuss religious issues. Staging some of the most shocking events of the contemporary French wars of religion, Christopher Marlowe's "The Massacre at Paris" was one of such plays. In this paper, I investigate the subversive idea of religion that Marlowe seemed to endorse in it, criticizing both Catholics and Protestants. This study takes its cue from a series of not so coincidental events happened in 1598, namely the Edict of Nantes which put an end to the French wars; the successful restaging of late Marlowe's "The Massacre"; and the printing of Shakespeare's "Love's Labour's Lost" and Alberico Gentili's work on legitimate warfare. I set Marlowe's play against the political debates on the wars of religion, and I particularly analyse the contribution to such a heated issue of two eminent Italian intellectuals: the aforementioned Alberico Gentili, and Giordano Bruno, who had indeed strongly supported the necessary to marginalize the extremisms of both Catholics and Protestants. 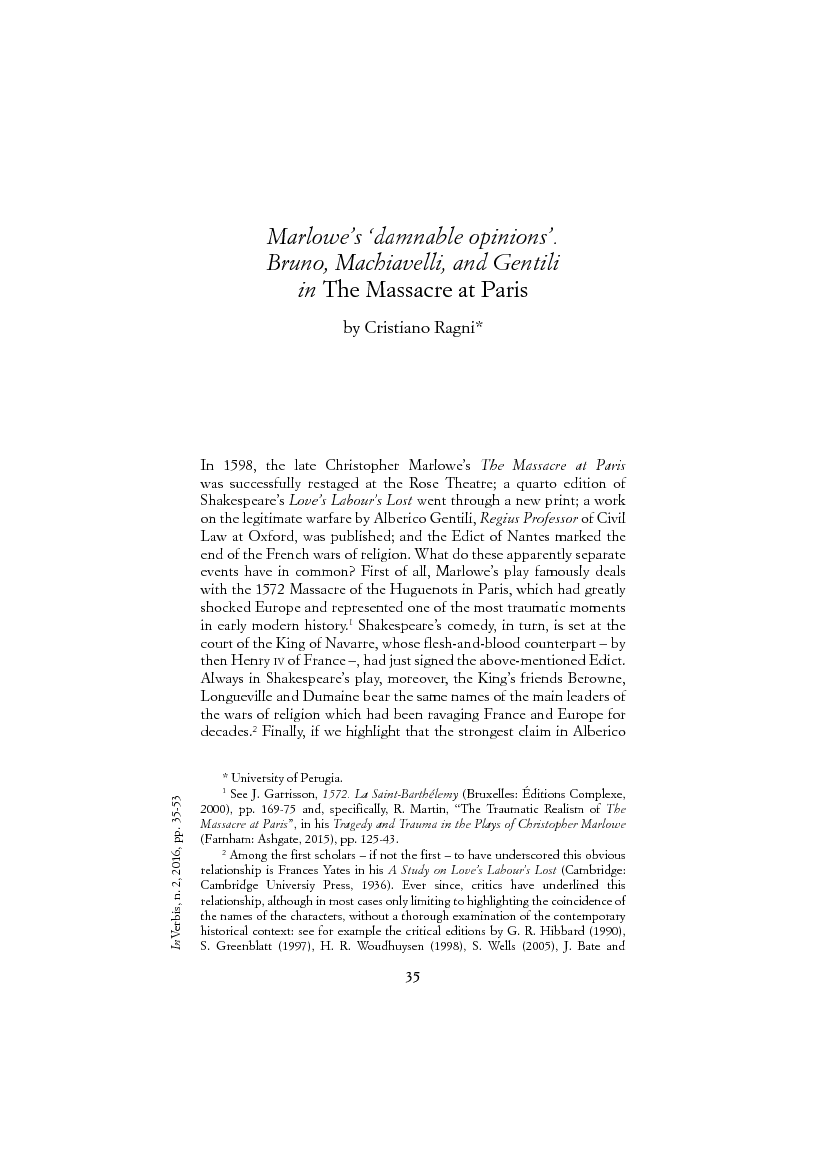