This paper deal with the dangerous situation Elyot shared with other humanists in the years when Henry VIII was resolving to reform the English church in accord with his own wishes. Like others such as More, John Fisher, and Thomas Starkey, Elyot faced a dilemma which at its most urgent moments offered him a choice of honoring conscience or risking a possibly horrible death. As a devoted humanist, Elyot reached back into the classical world for guidance, and, adopting the literary approach of the writer Cicero once called "our god Plato", he employed the dialogue form in his literary exploration of the political predicament. His commitment to Plato was demonstrated even further in the 1533 dialogue titled "Of the Knowledge whiche Maketh a Wise Man", a work in which Plato appears as protagonist and defends his conduct in the Syracusan court of Dionysius. As Plato defied the Sicilian tyrant, so Elyot transgressed, in a somewhat modest way, against the inclinations of England's king. A similar spirit shapes Elyot's other dialogues of this period, and though he never became so adversarial as to invite the destruction that met More and Fisher, he himself shows an anxious awareness that his Platonic course of action was unsafe. 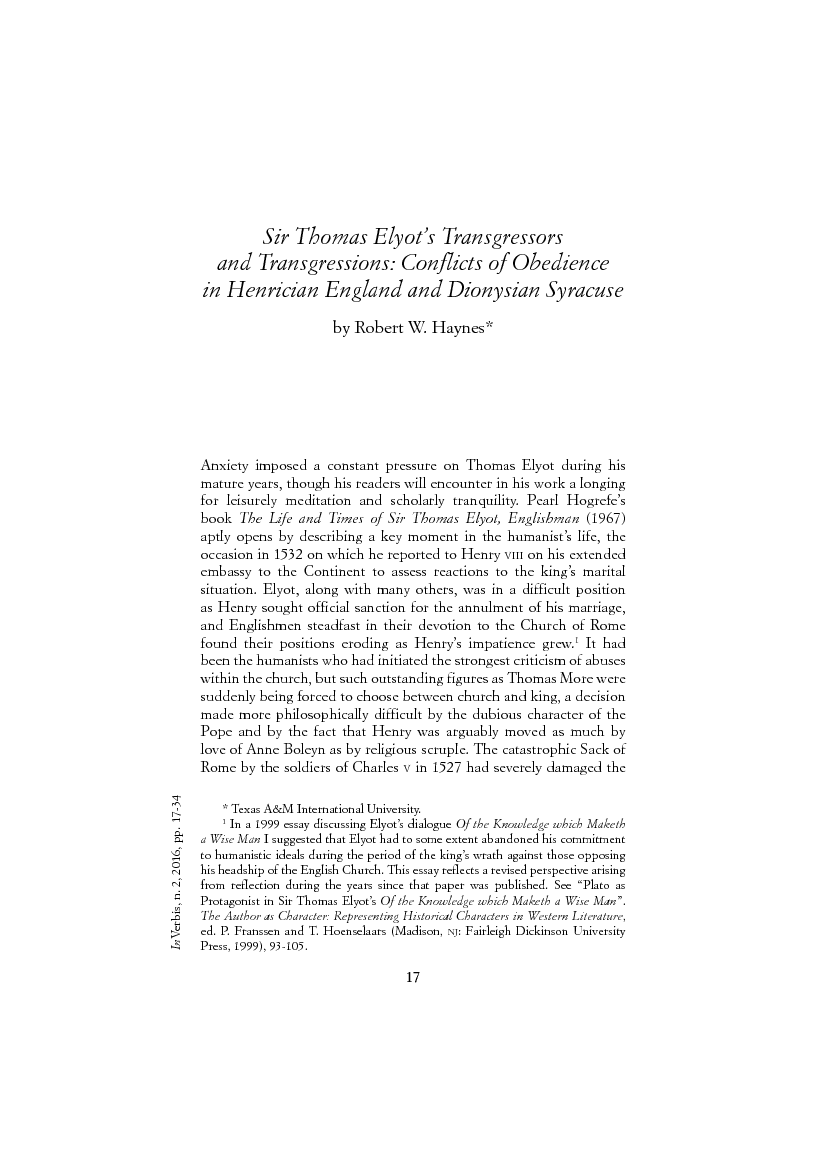