This essay aims to analyse and explain the use of paradox in Ortensio Lando's literary works against the background of the satirical and irreverent production contrasting humanistic knowledge in the 16th century. In this anticlassical climate paradoxical literature seems as one of the most successful literary genre through which philosophical reflections and laugh gave birth to the rhetorical game of "serio ludere". After a brief overview on the forms this literature assumed, from Berni's praises to satires on intellectuals, a particular attention is given to Ortensio Lando's poetics to underline his novelty in the context of minor and humorous authors. Paradoxical genre wasn't limited for the "scapigliato" author to his "Paradossi" (1543), but it represents a constant feature developed all along his literary production which allows to identify a specific project in this polysemous operation. By analysing some emblematic works, as "Confutazione dei paradossi", "Cicero relegatus et Cicero revocatus" and "In Des. Erasmi Roterodami funus", we want to highlight that the literary solution proposed by Lando in respect of the major debates of the age, particularly Ciceronianism and Erasmus's thought, is neither a palinode nor a sceptical renunciation to the truth. Comparing conflicting positions apparently incompatible Lando aims to highlight the absurdity of every dogmatic position, leaving the reader free to find the right balance. 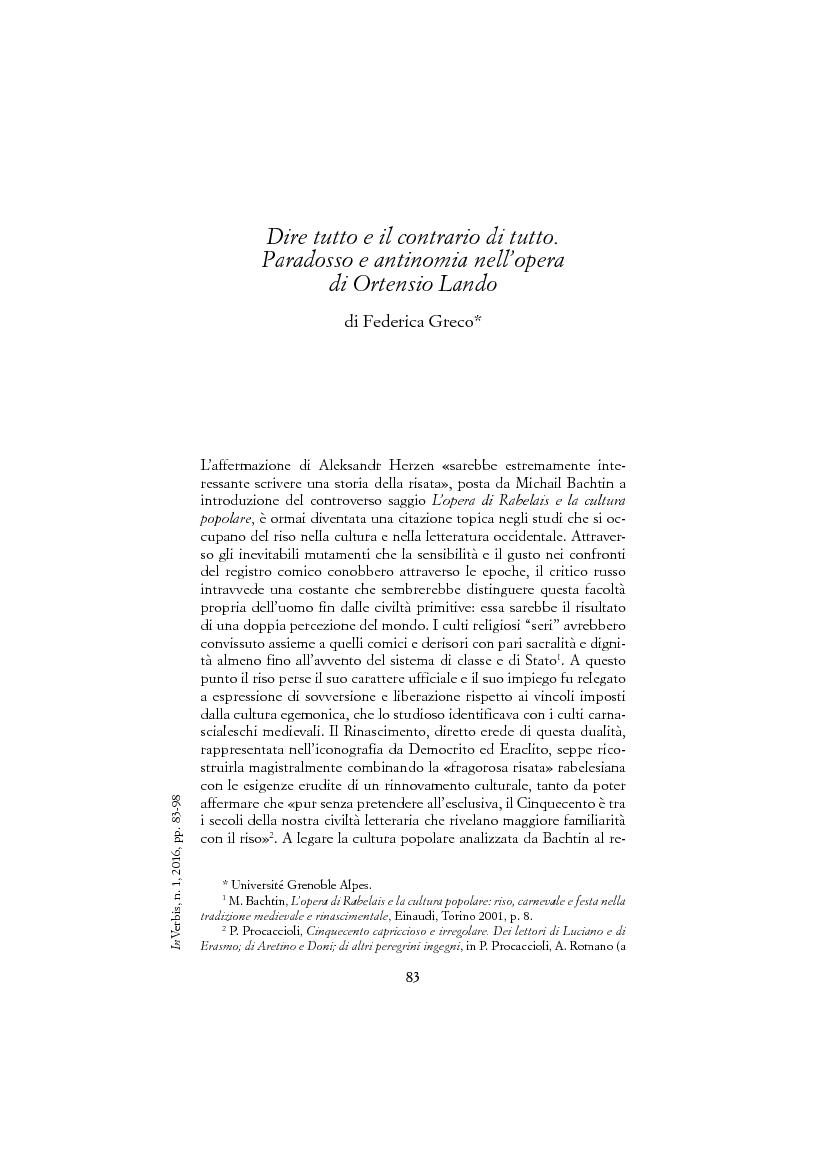