In the "Macaronee", the macaronic language invented by Teofilo Folengo is full of vitality, a versatile and multifaceted tool, able to adapt to the needs of its inventor, who masterfully maneuvers it: a feature that can also be found in the enigmatic "Chaos del Triperuno" (1527), an allegorical, complex work, where the Folenghian language mixes with Italian and Latin in a variety of forms. Even in an avowedly palinodic work there is a place for laughter, seen as an antidote to the dominant cultural hegemony - that would impose the use of the Tuscan language even to those who speak another vernacular - and against corruption of the Benedictine order, by a restless monk, of suspicious evangelical sympathies, who had recently left the monastery. The contribution examines the long macaronic insert which opens the Carossa in the second selva of the "Chaos", by analyzing the Folenghian ability to resemanticize what was written and at the same time to expand and enrich it, in view of a new edition of the "Macaronee". 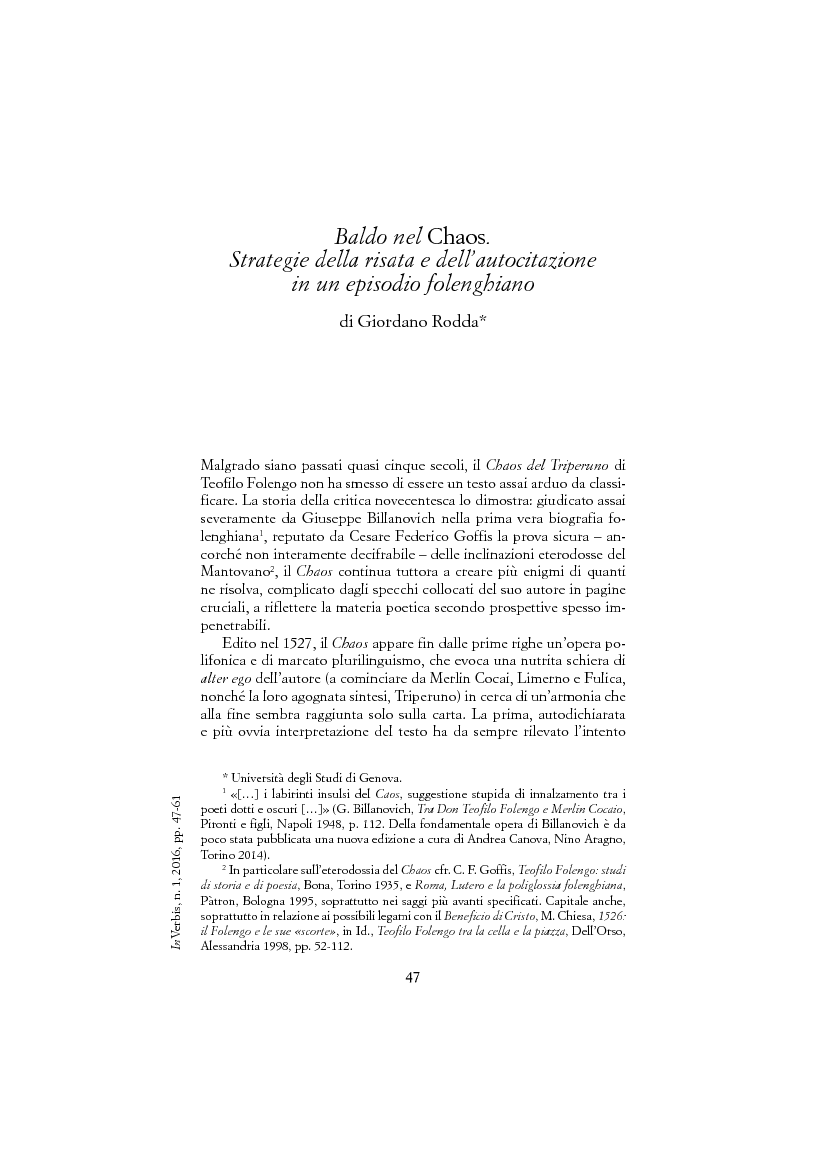