The use of Italian geographical dialects in literature, theatre, music and films, in such particular moments and circumstances, has been widely commented by scholars. In the case of pop songs, the choice of using a local dialect involves the relationship between words and music, instances regarding identity, sharing psychological and positive attitudes towards dialect considered as a mother tongue. Of course, these aspects become particularly central with respect to the Italian linguistic repertoire. The problem of understanding the meaning is central to any discussion in favour of, or against, the use of dialect but, as in the case of English, people still listen to the music, notwithstanding the incomplete comprehension of texts. The case studied here is a further attempt to experiment with linguistic potential; a trade jargon, created by metal workers and tinkers of a village in the province of Cosenza, Dipignano, was shared by the whole community and became an identity marker, giving a sense of belonging. The code has been recently used by a poet for his poems describing life and feelings of the tinkers in a very striking style; to compose the music was a challenging task for the Dedalus. It was also an interesting possibility for widening the Italian repertoire and a main topic for ethno- and socio-linguists. 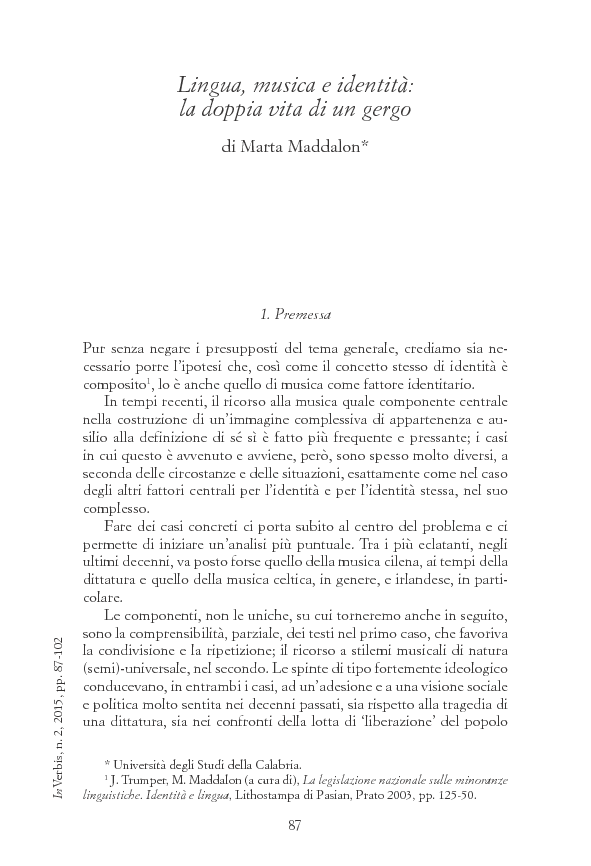