This paper investigates three cases of Italian and dialect use in rap music: the Sud Sound System (sss), a young rapper on his debut (Mattune) and the historical founder of the sss (Treble, Lu Professore) who recently has began a solo career. The aim is to understand what kind of dialect is used, how it is used and in what its relationship to Italian is. The results suggest that thanks to rap culture, successive generations have renewed their ties with an oral tradition that seemed lost, based on the perception of and the active use of speech. In new forms, they return to the unique ability to improvise and keep together a text, which becomes an object of impersonal, social transmission, which is at the same time an object of an unlimited series of individual performances: This suggests an active competence in the dialect. The spoken dialect is opposed to Italian and together they are exploited by recurring (often sophisticated) rhetoric structures, which are functional for the transmission of messages. I conclude the work with a general assessment of dissolution and reconstruction karstic processes, which are the basis for the resistance of dialects, and with some suggestions on the identity processes that characterize the Salento. 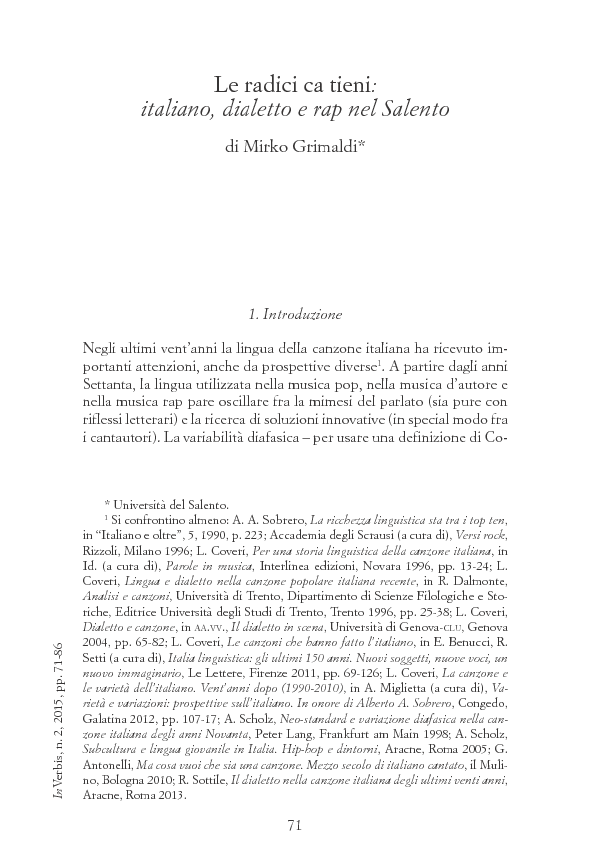