The paper deals with the musical production in two minority languages of Piedmont, Occitan and Francoprovençal, from both a diachronic and synchronic perspective. Music represents one of the most significant and vital factors in the process of "identity construction", even though the two linguistic minorities reveal very different backgrounds and chances of development. After some preliminary remarks on the sociolinguistic context and on the structuring of linguistic repertoires, the recent musical history of the two communities will be described, highlighting both similarities and differences. The Occitan-speaking area displays a rich and diverse artistic production; in fact, its musical production started as of the end of the 1960s, when the "Movimento Autonomista Occitano", a political separatist movement, was founded, rapidly spreading across the valleys of western Piedmont. On the other hand, the musical production in the Francoprovençal-speaking area is still poor, focusing mostly on instrumental performances designed to accompany traditional dances. 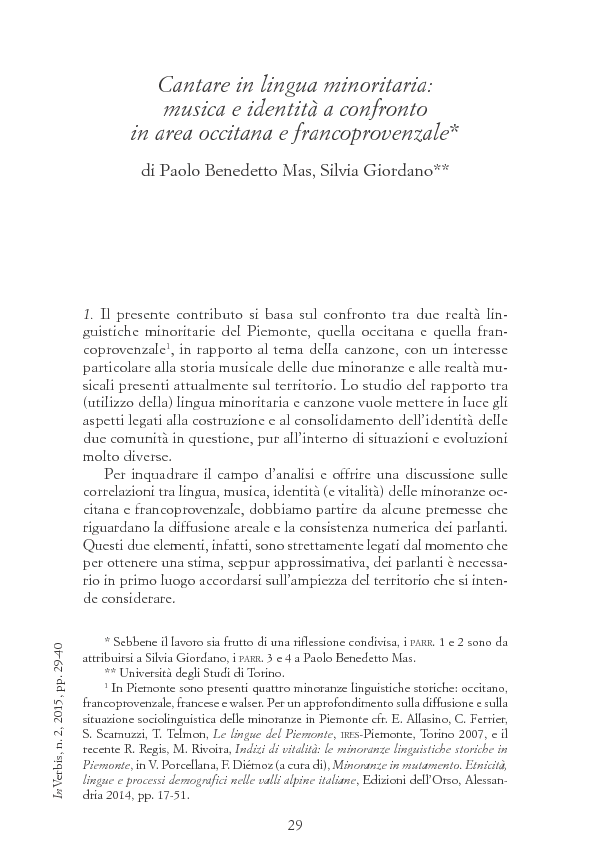