The verbal systems of the earliest Indo-European languages are not so congruous with one another as the nominal paradigms. The reconstruction of IE is conformably fraught with far greater difficulty, and there is plenty of room for doubt. In this paper a particular morph will be dealt with, which does not go back as such to Indo-European. The proto-language must have possessed the linguistic unit employed in Gothic to form the verbal endings that are discussed here. Traces of this unit are found in other IE languages, as a matter of fact, and Gothic has utilized it in its own way. The issue will be discussed inside what is called the Greco-Aryan model. Indeed, based chiefly on Greek and Sanskrit, this model has put a valid interpretation on the derivation of the verbal systems of Latin, Baltic, Slavic, Germanic, Armenian, and Celtic, even if it does not work well as an explanation for the Anatolian languages. 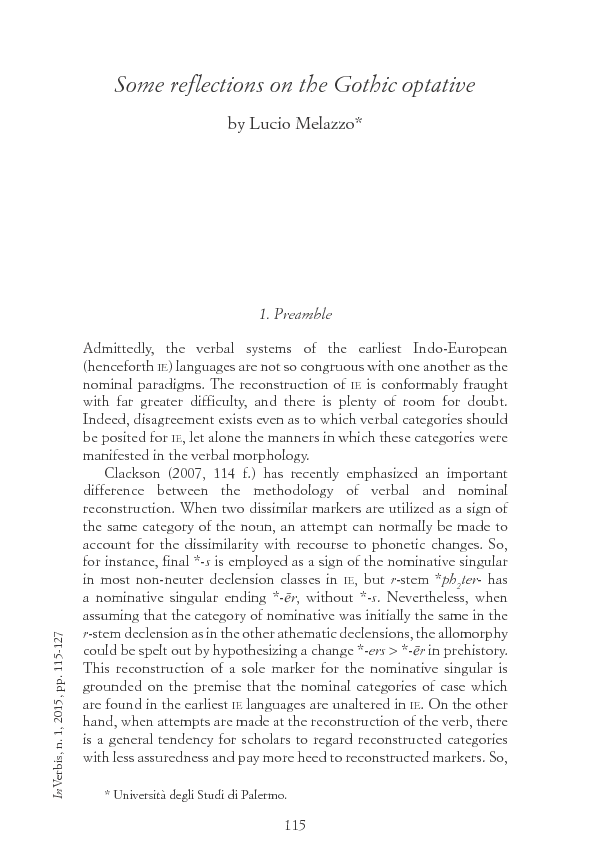