The progressive decline of tragedy, as a literary genre, linked to the downfall of a philosophical framework of absolute values (both religious and not), activated a deep reflection about the origin and meaning of tragic. The collapse of the socalled "grande stile" produced expressive forms that re-thought the agonistic tension, typical of the tragedy, towards an aesthetic of distance, away from the present, from Leopardi to Pasolini. This paper argues that, through 20th century, poetry has actually borne the functions of tragic, with a new significance. As an outsider, the poet develops critical gaze and negative thinking; he uses a metaphorical, non-mimetical language, able to challenge the order of speech. During the "anxious century", poetry bears the task not only of thematizing tragical experiences (Ungaretti, Quasimodo, Montale, Sereni, Caproni, Luzi), but also and mainly of modulating a tragic sense without using the stylistic devices of ancient literature, and still being able to express mystery and clash. 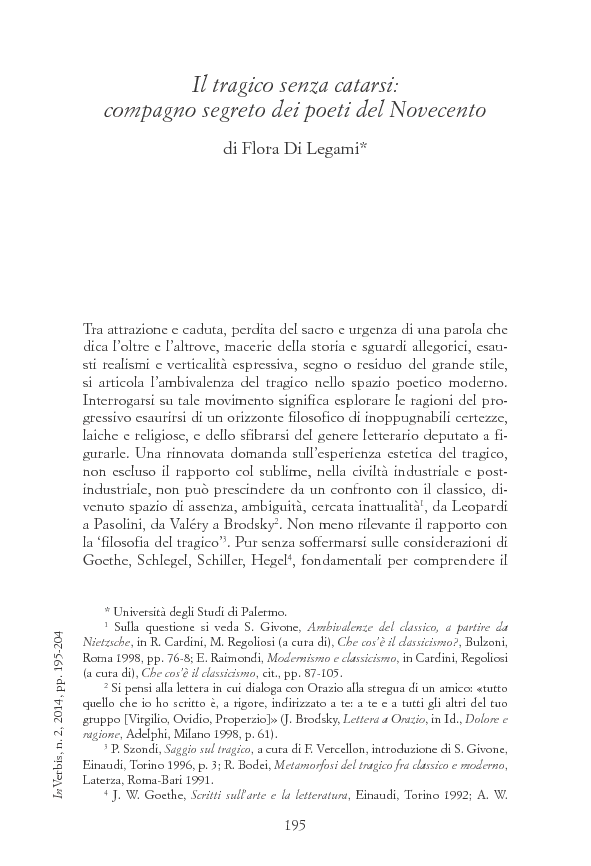