Beginning of the nineteenth century in Italy are composed several tragedies inspired by Dante's life in which he acts as a character. The best of these is undoubtedly the "Adella" of Silvio Pellico, left unpublished work by the author and of uncertain date but which can be traced back to the period between 1815 and 1820. It, rather than the subject, that is the contrast between political ideals and emotional bonds - the omnipresent theme in the drama of Pellico -, it should be noted above all for the wonderful characterization of two characters: Dante, to which the poet is saying a heartfelt exaltation of patriotism and a passionate condemnation of the internal conflicts between italian, and Gualberto, father of the protagonist, whose madness gives rise to scenes of tremendous expressive power. Overall, the work is presented as an explicit declaration of poetics on the role of theater as inspiring moral and civic virtue. 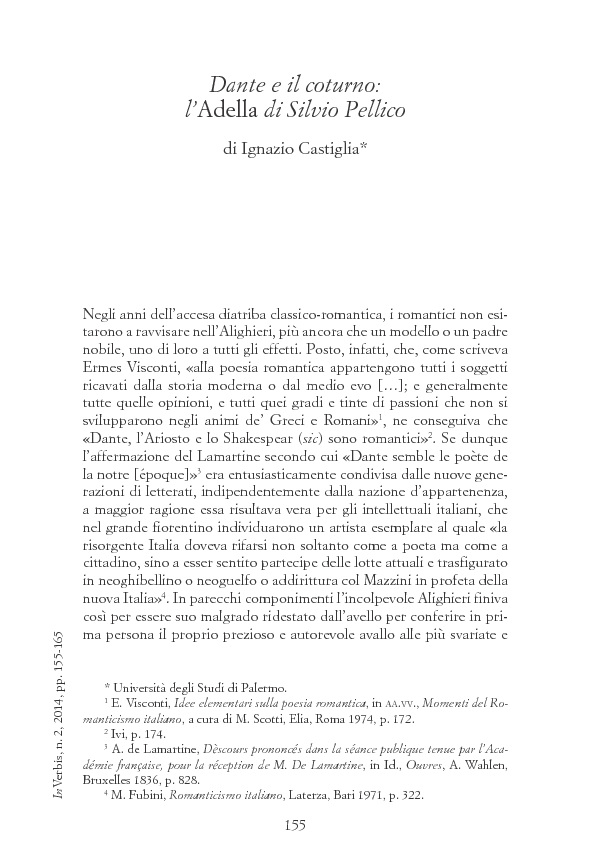