Re-reading "Adelchi" as a family tragedy, allows us to evaluate its political valence more clearly: specifically, an analysis of the conflictual relationships between Desiderio and his son and daughter, opens up a more complex and contradictory interpretation of the tragedy, supplementing existing critical views, that have been much discussed. Once the intervention of 'provident misfortune' has broken any remaining filial bond that Adelchi and Ermengarda had with the state and paternal power, they strip themselves of their previous identities as sovereigns, place themselves «in fra gli oppressi» in a Christian manner, and mingle with the «immensa moltitudine d'uomini, una serie di generazioni, che passa su la terra, su la sua terra, inosservata, senza lasciarvi un vestigio». Therefore, the ending of the tragedy and, consequently, its overall meaning, should not be read as a farewell to history: men and women can escape from the injustice of history becoming «people»: a collective subject in control of master of its own redemption. 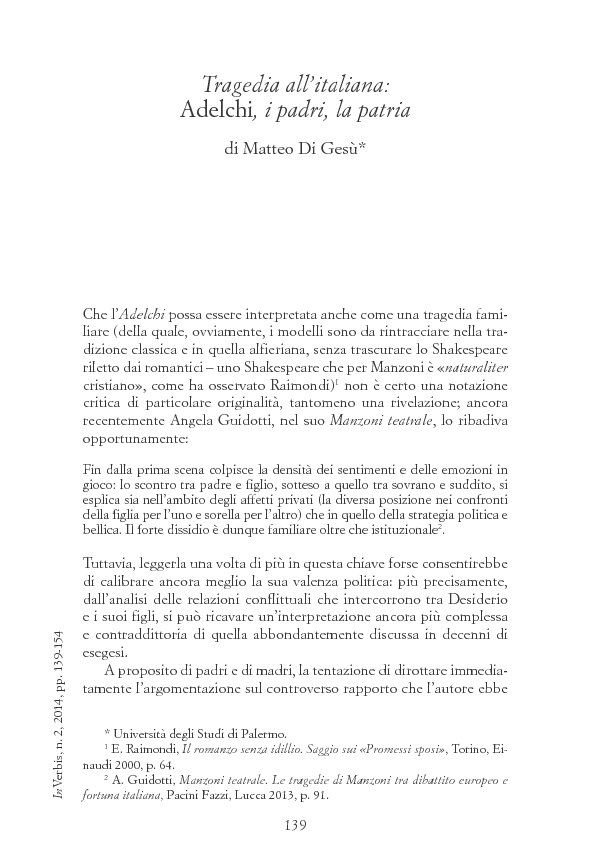