The migration of Italians to the United States began to gather force in the 1870s and grow into a mass phenomenon that lasted from 1880 through 1924. The World War I together with the restrictive Emergency Quota Act of 1921 and Immigration Act of 1924, effectively put an abrupt end to the large flow of Italian immigrants into the Country. Italian emigrants left their Country in the hope of a better life; once arrived at Ellis Island their dreams turned into a nightmare. Often with no knowledge of the English language and with little education, many of the immigrants were compelled to accept the poorest paying and most undesirable jobs. Among the first generation of immigrants, only about a third of the them, so called "birds of passage", intended to stay in the United States for only a limited time; while many of them did return to Italy, others chose to stay. After the World War II, Italians continued to emigrate. An estimated 600,000 arrived in the United States in the post-war decades, but many of them were now well educated men and women who had come seeking greater opportunities in their chosen fields. The first Italian-American writers published their works in Italians dialects on the early Italian language newspapers such as "L'Eco d'Italia" or "Il Progresso Italo-Americano". Dozens of Italian American socialist, anarchist, religious, fascist, anti-fascist, unionist, and literary magazines have been published since then. The second generation of immigrants learned English and responded to their experience in America through poetry, drama and prose: English was now the language most commonly heard on the streets of the "Little Italies". Common themes in Italian American literature include conflicts between marginal Italian American and mainstream culture, and tradition-bound immigrant parents opposed by their more assimilated children. On the other side of the Ocean, the Italian writers told emigration from a localistic point of view. In their works migration continues to be an hope. 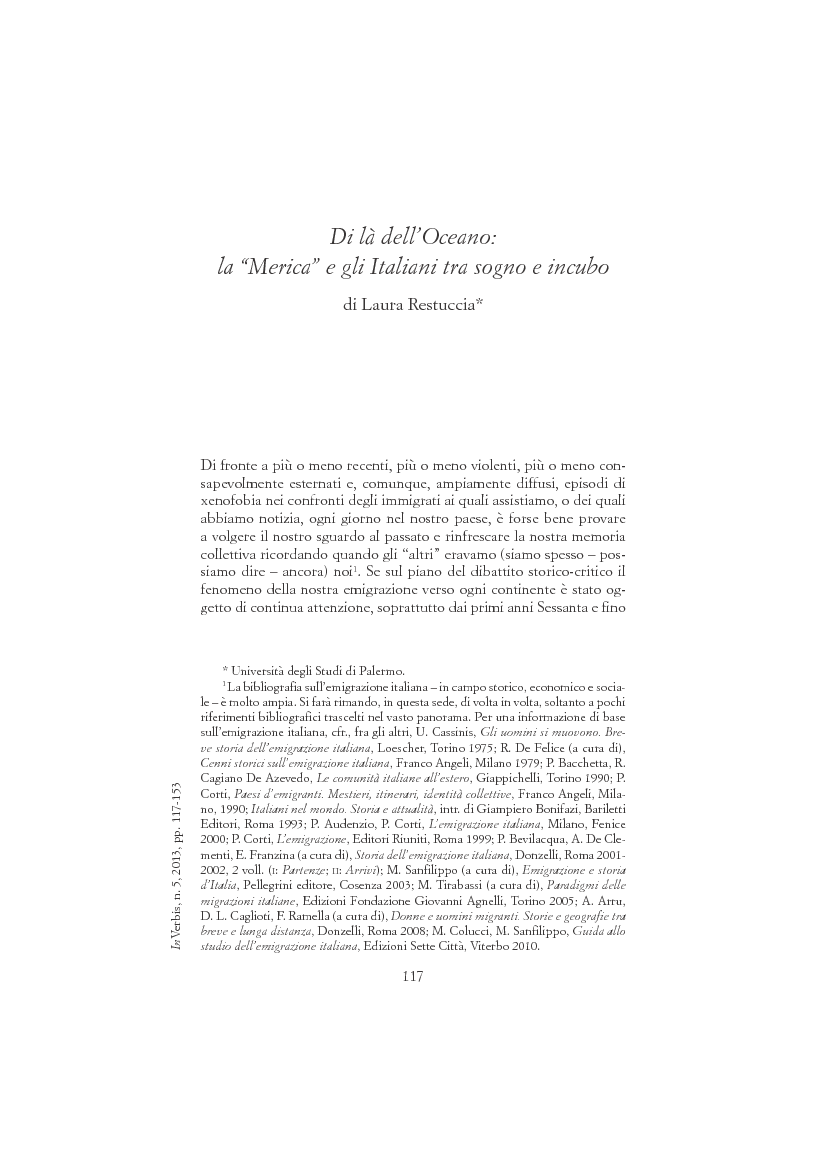