What kind of national belonging is expressed by the "displaced" writers of a globalized world? What does a word like "homeland" mean in the works of migrant, exiled and refugee authors? Contemporary literature, according to George Steiner, is constitutively extraterritorial, since it challenges the traditional equivalence between geographic, linguistic and cultural boundaries. The paper investigates the new idea of nation which this "extraterritorial" writing puts forward: an idea of nation which is not essentialist, assertive and fixed in time and space, but rather narrative, questioning, protean. Displaced writing shapes what Salman Rushdie called the new "imaginary homelands" of migrancy: "imaginary homelands" that flourish in an ideal in-between, where their authors could renegotiate and reinvent the boundaries of identity and otherness. 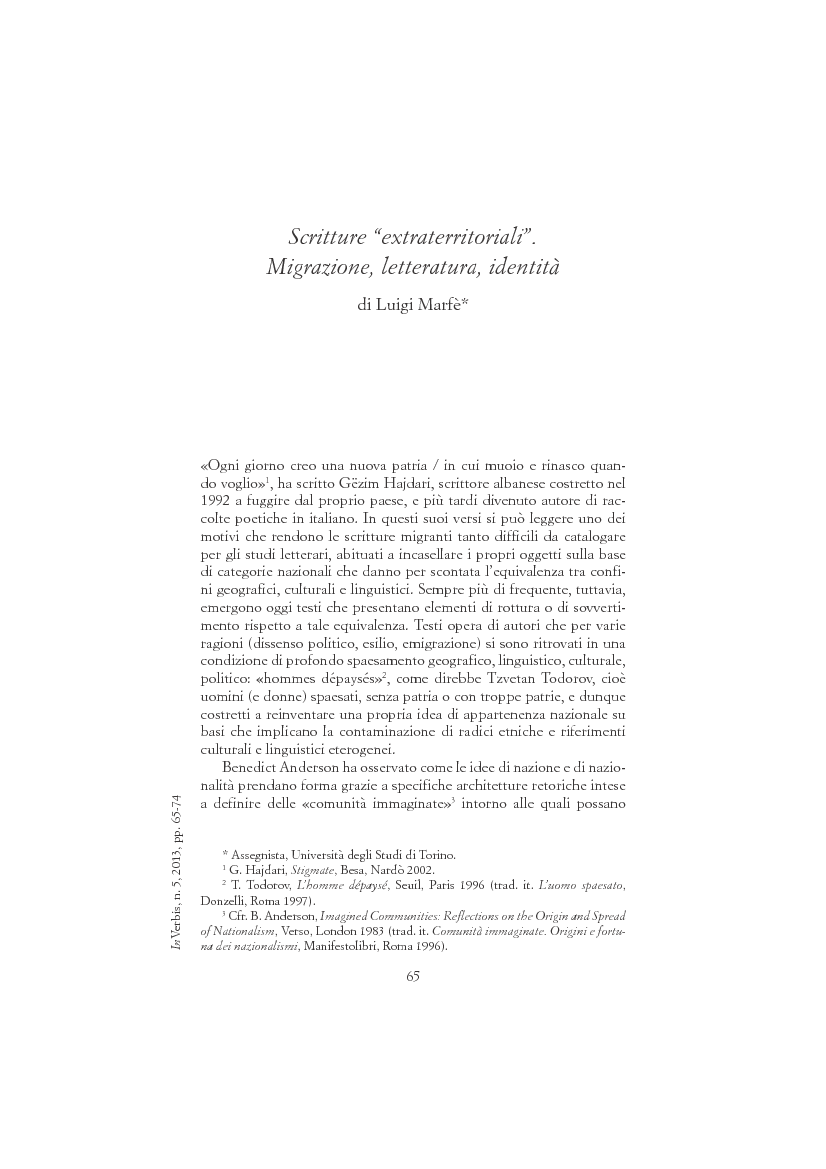