After the foundation of the People’s Republic of China in 1949 and before the establishment of diplomatic relations between China and Italy in 1970, many Italian intellectuals traveled to China to better understand the new model of socialist society. Franco Fortini traveled to China for the first time in 1955 with the Italian cultural delegation guided by Piero Calamandrei. This article introduces Fortini’s travel reportage Asia Maggiore. Viaggio nella Cina, in which the writer confronted Old China and New China and analysed the symbolic and allegorical meaning that China represented for the Italian society of that time. The intent of his travel was to seek for a new social model that he could use as a reference to transform Italian society, which he did by observing the life of ordinary Chinese people. In his book China is represented as a symbolic space, for Fortini always referred to Italy while depicting an image of China: this is why he has been called an “allegorist travelerµ. His peculiar view of China had to do with his socialist ideology: in his case, one might conclude that traveling was a way to verify one’s identity by meeting the Other 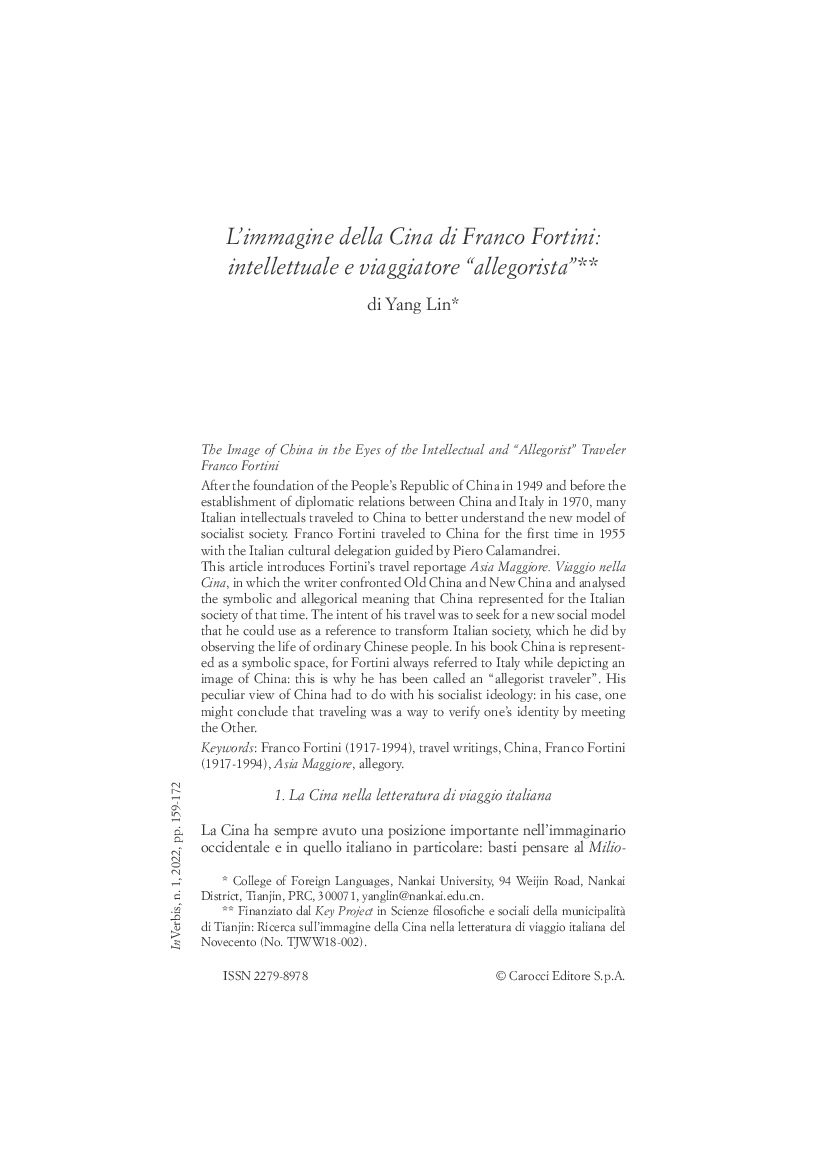