Between the end of the 19th and the beginning of the 20th century, several Italian early sinologists and translators contributed to introduce numerous works of Chinese literature to the Italian readers. Among them, the Neapolitan polyglot Giuseppe Barone (1861-1924) was a prolific author and translator, not just in Italian, but also in French, Spanish, Latin and Greek. As a matter of fact, his Chinese-related production amounts to more than 30 writings, including essays and short studies on Chinese culture, economy and society, as well as translations of poems, plays and short stories. However, an exhaustive investigation on his contribution to the early translations of Chinese literature in Italy and a systematic index of his original writings and translations are still missing. By carrying out a thorough bibliographical investigation in the main Italian libraries and archives, this study is a first effort toward the rediscovery and re-evaluation of the work of Giuseppe Barone, and aims at providing some details on his translation process and sources, with a particular focus on fiction and short stories. In doing so, it also shows to what extent Barone’s translations interlaced with the works of other European sinologists and translators of his time 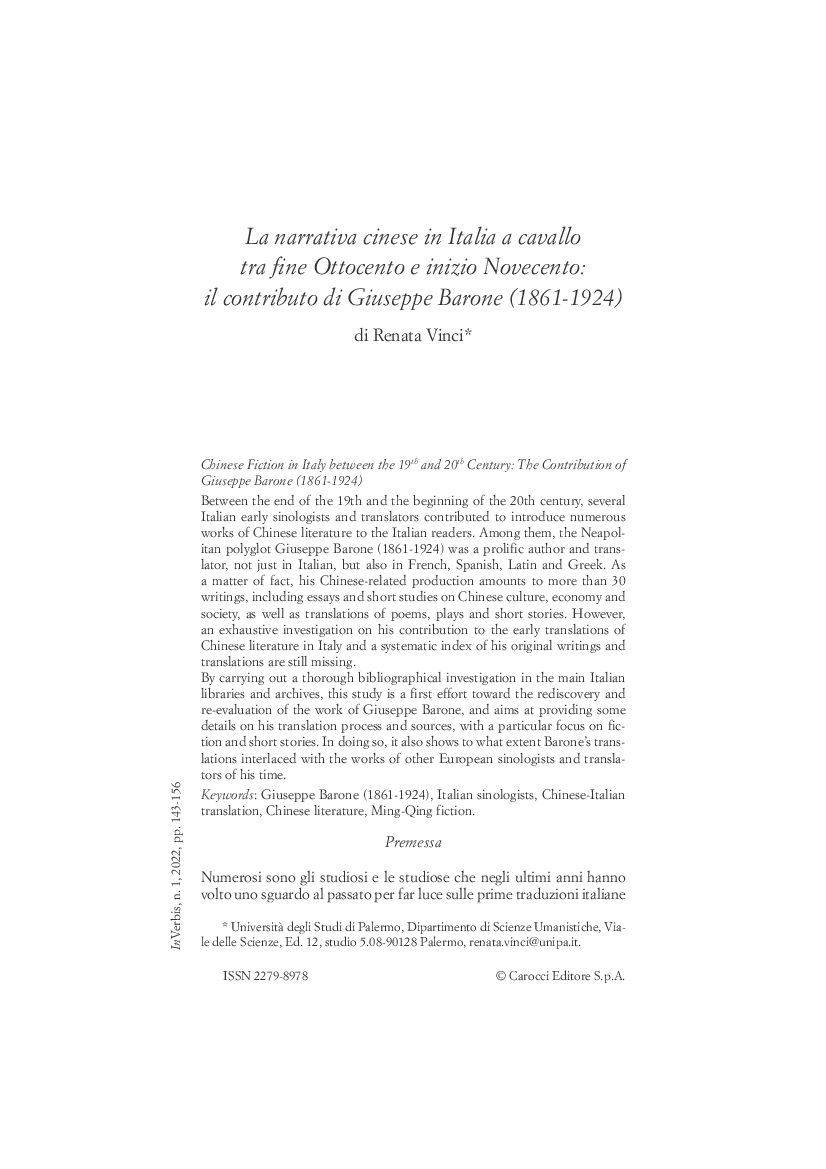