Exploring the existing link between languages and the way people build and define their complex identities – in terms of ethnicity and social hierarchy – this study proposes two relevant case studies extracted from a larger research on the Chinese migrants and residents in Palermo (Italy). In doing so, some consideration of the role and use of different languages and linguistic variants (including Standard Chinese, or Putonghua, dialects and Italian) in the definition – or re-definition – of migrants’ identity across China and Italy will emerge. By adopting an ethnographic approach inspired by Althabe’s studies on the involvement of the researcher in fieldwork, this study intends to contribute to the existing literature on Chinese migration to Italy with an original perspective that transcends linguistic observation to take into account the space of interaction between the researcher and research subjects. Analyzing life stories interviews and fieldnotes collected between 2017 and 2018, the selected case studies show how linguistic strategies influence – and are influenced by –, a flexible identity, which goes beyond cultural and social stereotypes. 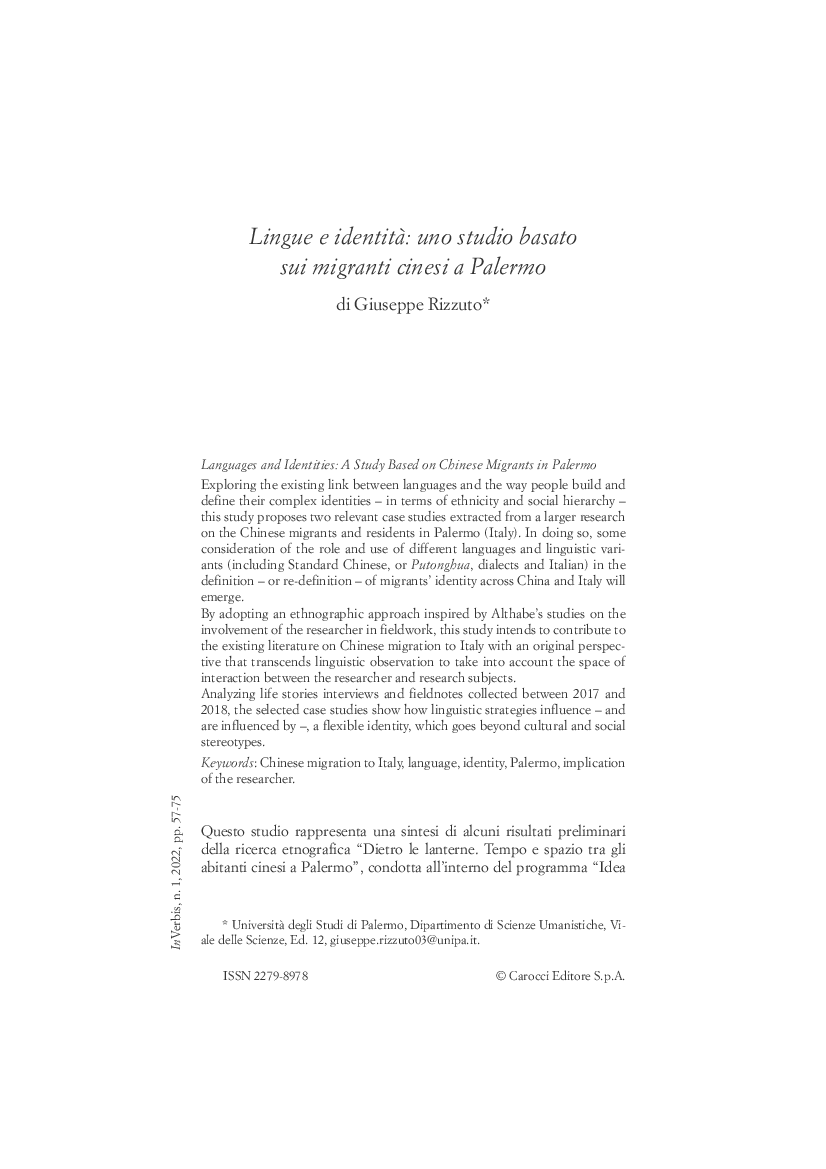