During the Italian colonial occupation in Libya, the fascist regime decided to “pay homageµ to the motherland by designing and implementing a vacation intended for the children of Italian settlers in Tripolitania and Cyrenaica. With all expenses paid by the regime, children aged 4 to 14 years old were forcibly sent to “summer campsµ in Italy in June 1940. With WWII these summer camps became “Mussolini’s schoolsµ in which the settlers’ offspring have been confined up to 8 years without their families and during a war. Grazia Arnese was one of those children. She wrote a testimonial book I tredicimila ragazzi italo-libici dimenticati dalla storia (2014) [The 13,000 Italian-Libyan youth forgotten by history], to bear witness to her suffering and that of the other children involved. This essay analyzes this work of testimonial literature through the critical lenses of trauma studies, and through a specific episode, shows how Arnese’s trauma is experienced in a way during childhood and, as an adult, assumes a different meaning. Specifically, it focuses on the origin of this terrible experience: the separation of the author and the other children from their families and the forced moving from Libya to Italy. This book is looked at as a case study to show how testimonial literature, as a new canon related to literature in Italian, can help soothing traumatic memories, by considering individual and collective traumas, which involved the author and the other 13,000 children in the same vicissitudes. 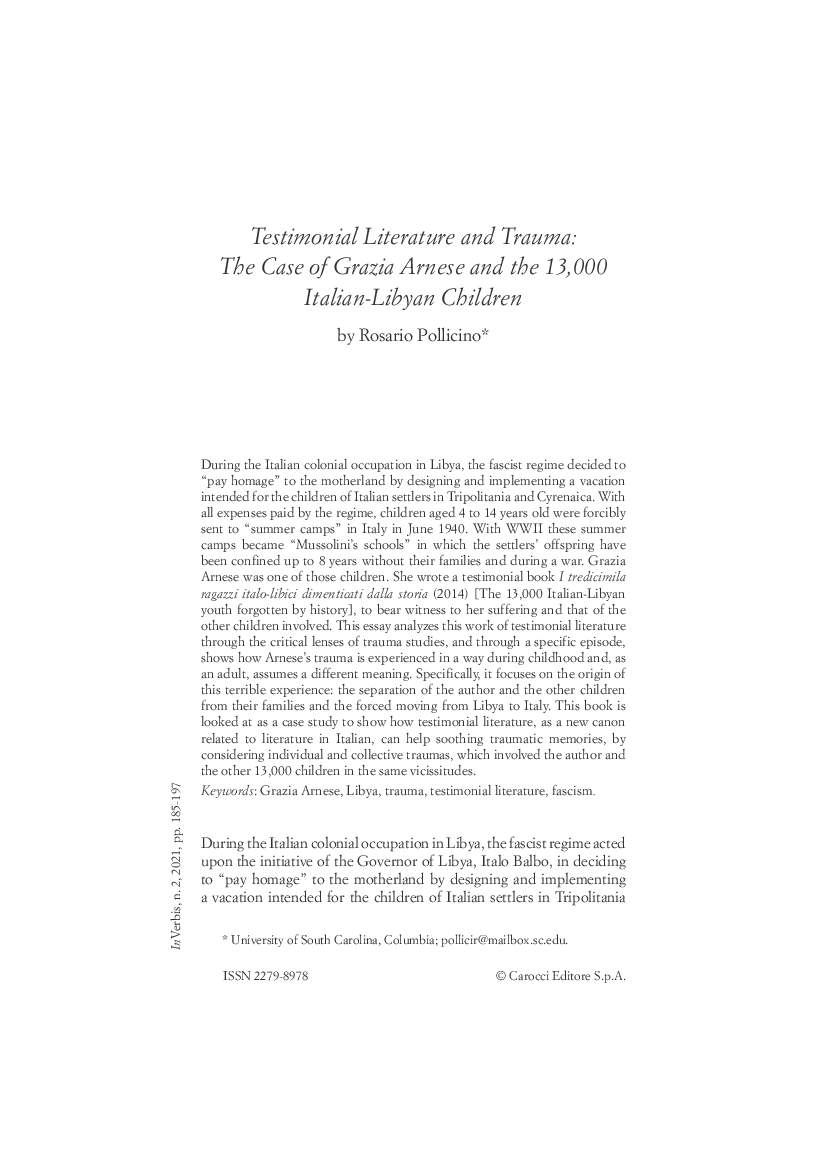