From a sociolinguistic approach, this article deals with the relation between society and language represented by the songs. The songs to be examined are those of the Arab children who participated in the Zecchino d’Oro festival, the International child song festival held annually in Italy since 1959, thus becoming the most reputable and widely known children song festival all over the world. The article aims at studying how the language of the songs reflected both social and political conditions in some Arab countries as well as offering, through the words of these songs, a global message of the most important, world-wide estimated values. The study focuses on two major aspects: the diatopic variation in the Arabic parts of the songs as well as a statistic approach of the most common words sung by the children. Regarding the diatopic aspect, it appears that not all the songs are written in the same Arabic language: while some are in classic Arabic, others show dialectic forms. On the other hand, all the songs reveal a strong bond with the universal values taught for children all over the world. 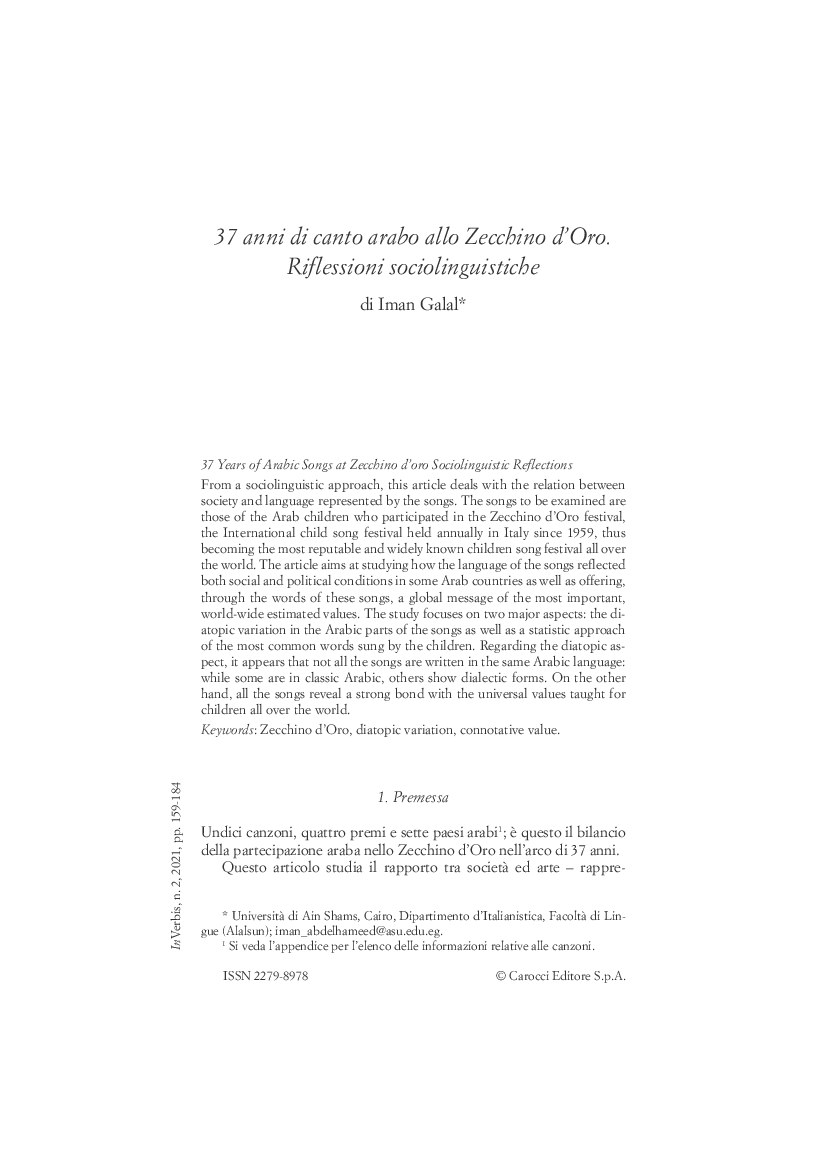