Focusing on identities and conflicts in literature, this article proposes an analysis of the bifid, metamorphic and conflictual figure of the werewolf. Particularly, Marie de France’s Lay of Bisclavret is analyzed in the light of Giorgio Agamben’s philosophical-anthropological theory about the Homo sacer. Comparing the wolf-man to the “sacred man,µ this theory not only does it allow us to understand the liminal juridical essence of the werewolf in medieval society, but it also explains the central role of sovereignty in the “recognitionµ of the wolf-man, in its reintroduction into the civil context of the court, and therefore in the resolution of “conflictsµ and in the re-establishment of a new social order. To corroborate this interpretation, other Old French texts on werewolves are taken into consideration: the episode of Biclarel in the Roman de Renart le contrefait, the Lay of Melion, the William of Palerne. 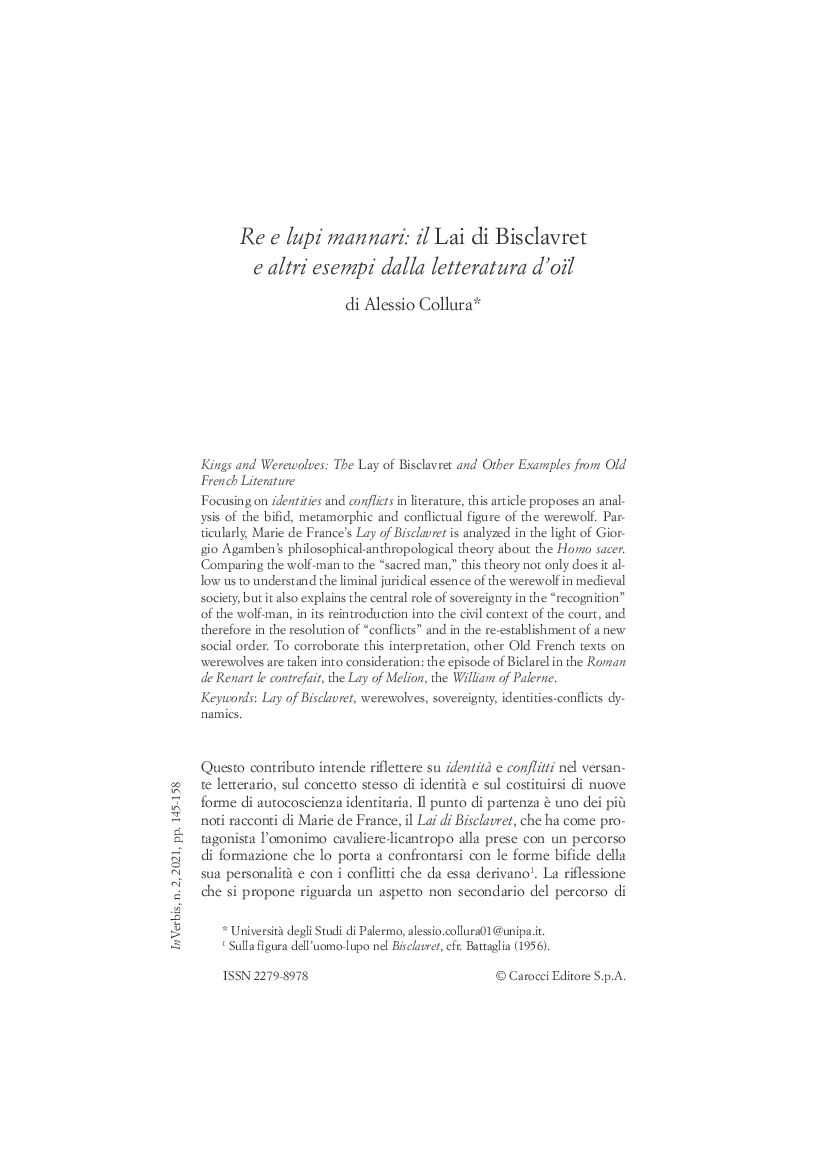