This paper will compare Conor McPherson’s The Weir with its two Italian translations to investigate the linguistic and wider cultural implications of such a transfer. First performed at the Royal Court Theatre Upstairs in London in1997, The Weir was translated for the first time in 1999 by Anna Parnanzini and Maggie Rose and, some years later, by the acclaimed Italian director and playwright, Fausto Paravidino in 2005. I would argue that the process of translation activates powerful intertextual references because it is in the context of reception that a translated play becomes most productive, as many scholars have claimed. In Translation Studies attention has also been paid to intertextuality and some recent publications have proven particularly fruitful for the investigation of intertextuality in drama translation. Drawing on Farzaneh Farahzad’s view of intertextuality in translation, my analysis will focus on McPherson’s The Wier in relation to all other similar plays in the Irish dramatic tradition, and on the relation of the translated text La Chiusa with the Italian dramatic tradition. Finally, I will briefly show the major translational changes which occurred in La Chiusa by Anna Parnazini and Maggie Rose and in the later version by Fausto Paravidino. 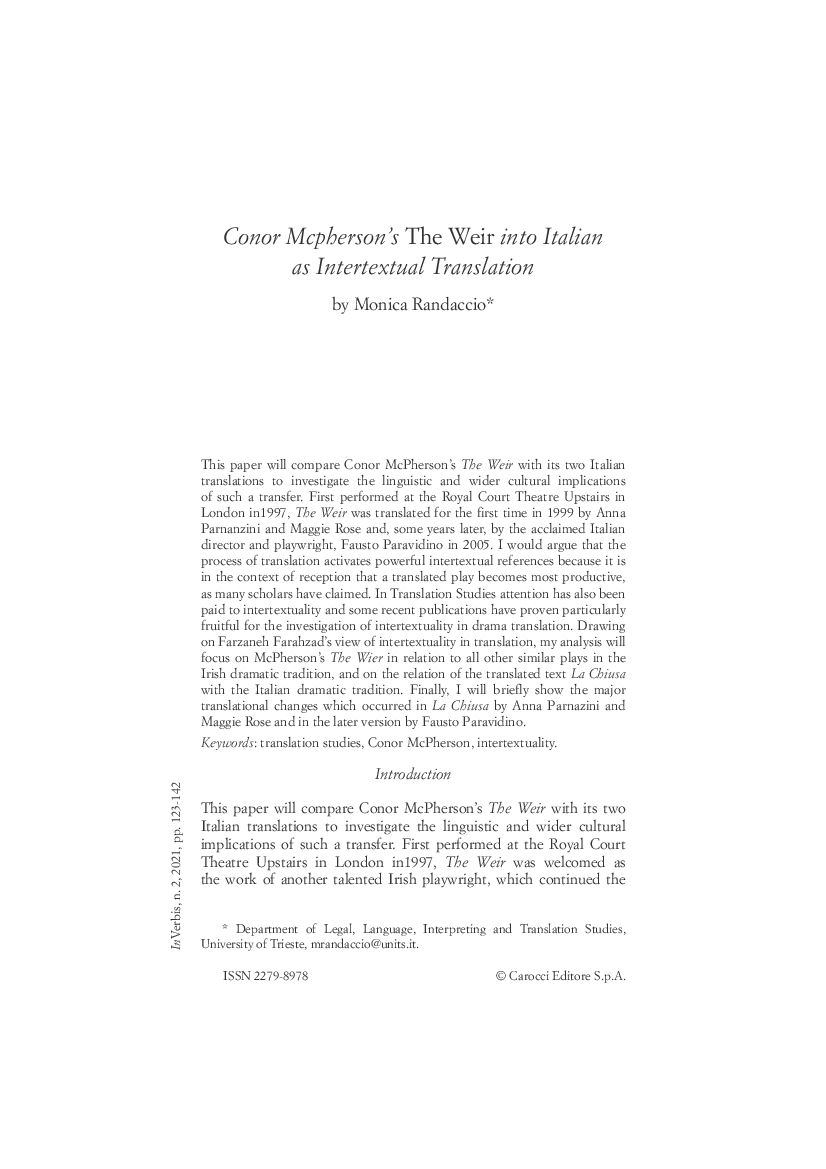