This essay focuses on the perceived “incomprehensibilityµ of Beckett’s Endgame as it relates to lateralised faculties within the human brain, inner “borders,µ taking into consideration the playwright’s experience of violent partition in Ireland and his own clandestine border-crossing to “Free Franceµ in the Second World War. Beckett’s fascination with neuroscience, the theme of ageing, and his use of “pseudo-couplesµ is traced back to Bergson’s distinction between between the incompatible operations of “instinctµ and “intelligenceµ in human apprehension and understanding. The paper argues that Endgame heightens this disjunction in a number of ways, deploying the sorites paradox to underscore the limitations of quantification (dominated by the left-hemisphere) to relate to phenomena. As the play reveals, a rival faculty is needed to perceive when a ‘heap’ of grains has amassed, or indeed, to grasp the passing of time. The inevitable and necessary codependence of Hamm and Clov is seen as part of an aesthetic which embraces “the whole mindµ even as it leaves unitary meaning or resolution endlessly deferred. 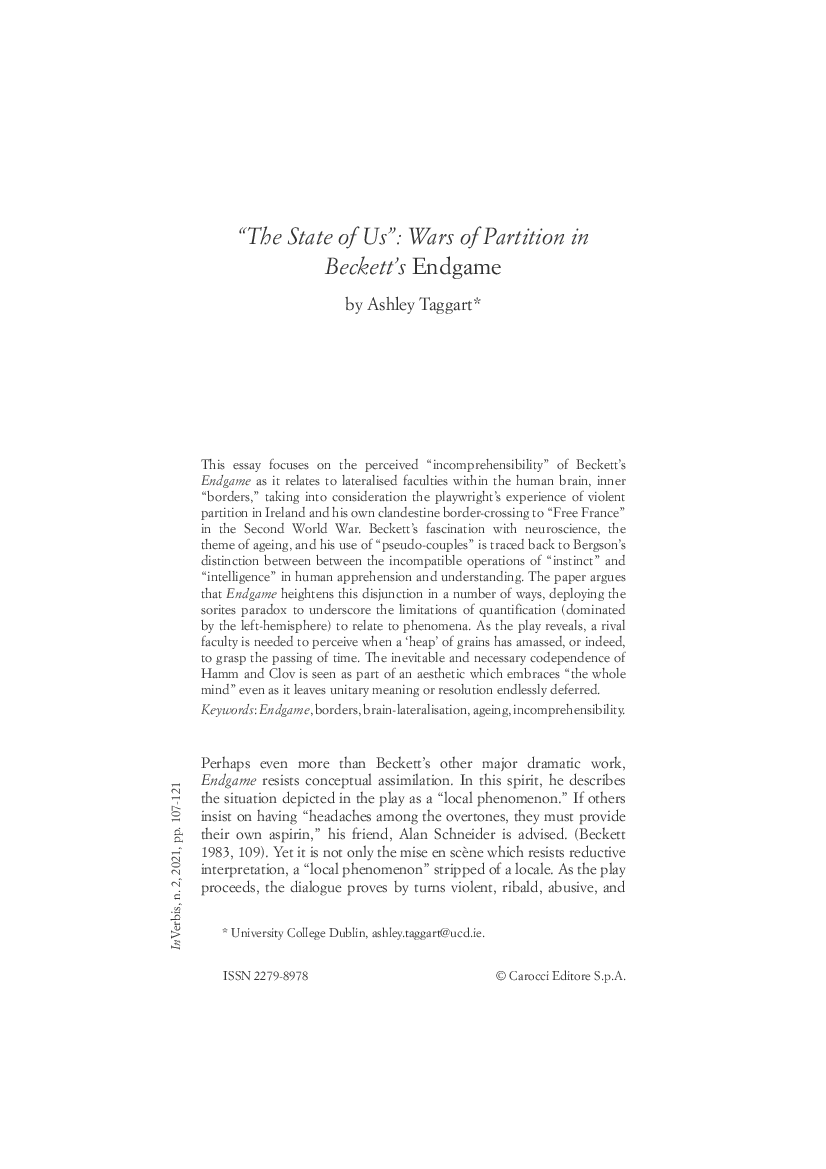