In contrast to the specialized literature (Hardman 1986, 2001; Martinez-Vera 2020), this paper questions the direct evidential function of the sentence-type suffix -wa in «Northern Aymara» (Cerrón-Palomino 2000), an understudied Andean language spoken in the area around Lake Titicaca. By taking a narrow perspective on evidentiality, it proposes that -wa is a modal epistemic marker that indicates the speaker’s high commitment to information. Semantic considerations that support this proposal focus on both the interplay of -wa with other grammatical categories and its distribution within the sentence. Additionally, considerations on the scope properties of the suffix, as applied by Hengeveld & Dall’Aglio-Hatthner (2015), are taken into account in the discussion. 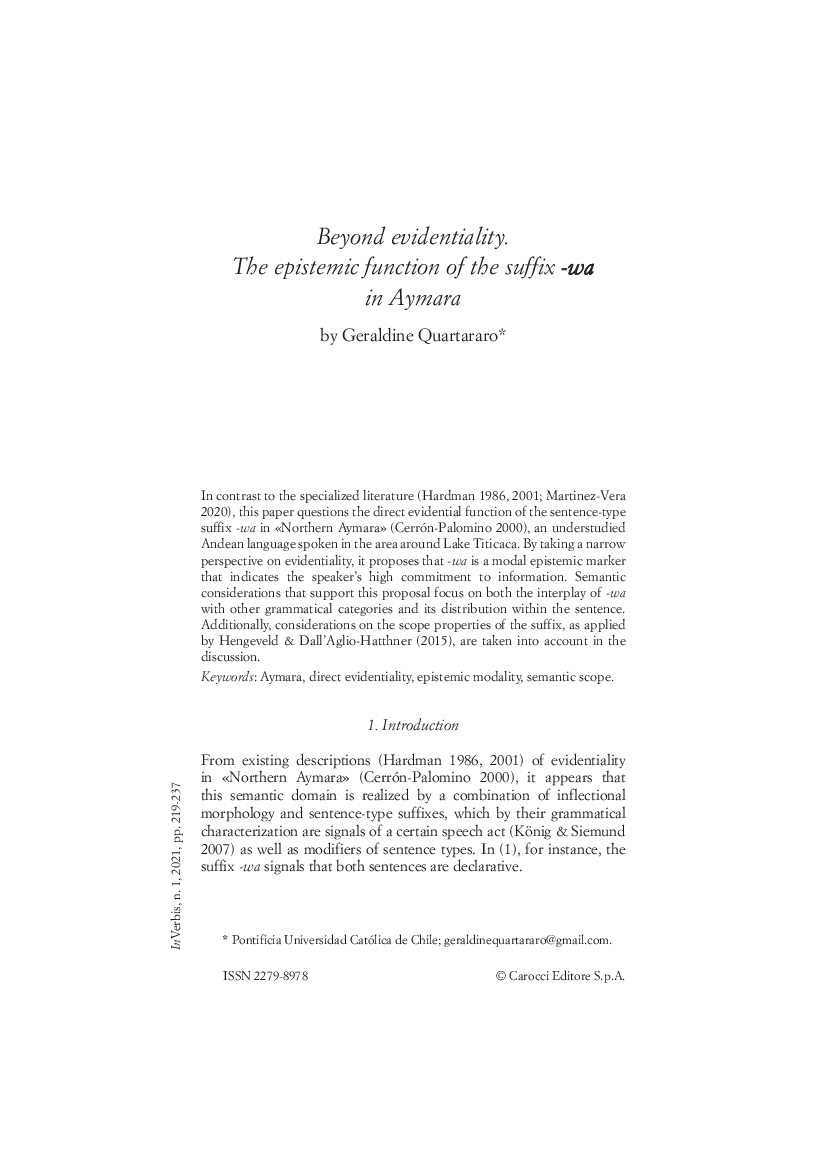