As Thomas Starkey began in the late 1520s to compose a Platonic dialogue focused on the improvement of social life in England, he could not have known what lay before his country and particularly in the paths of himself and his fellow humanists. Inspired by Plato’s great dialogue The Republic, the much-admired Thomas More’s humorous but profound satire Utopia, and the sophisticated play of Erasmus’s works, Starkey must have felt that his intellectual gifts and training would soon earn him much satisfaction, especially in view of the important connections he had developed as he studied classical works, Scripture, and the Church’s leading writers. Yet there were disturbing goings-on, with Rome sacked in 1527, Martin Luther’s conflict with the Church gaining intensity, and the King of England showing a strong desire to end his marriage to the aunt of the Emperor Charles V. Enthused by his literary project, however, Starkey applied his energies, his erudition, and his high hopes to it, seeking both to do credit to the classical tradition of the dialogue and to take the genre to new levels of achievement. Departing from More’s approach, which was to write Utopia in Latin, Starkey pushed forward in his native language, expecting that his proposed reforms would benefit from the resulting accessibility. Unfortunately, however, humanism was falling upon hard times under Henry VIII, and the cheerful humanism of More and Erasmus was being quickly replaced by political calculation and the frightening demonstration of official brutality against dissent. As Starkey wrote, and he was never allowed to finish his Dialogue, he found himself increasingly under the thumb of authority, and his original dream of making a major contribution to England as a man trained by classical thought and by the wit and wisdom of More and Erasmus yielded to a somber conformity haunted by old dreams of philosophical fulfillment. 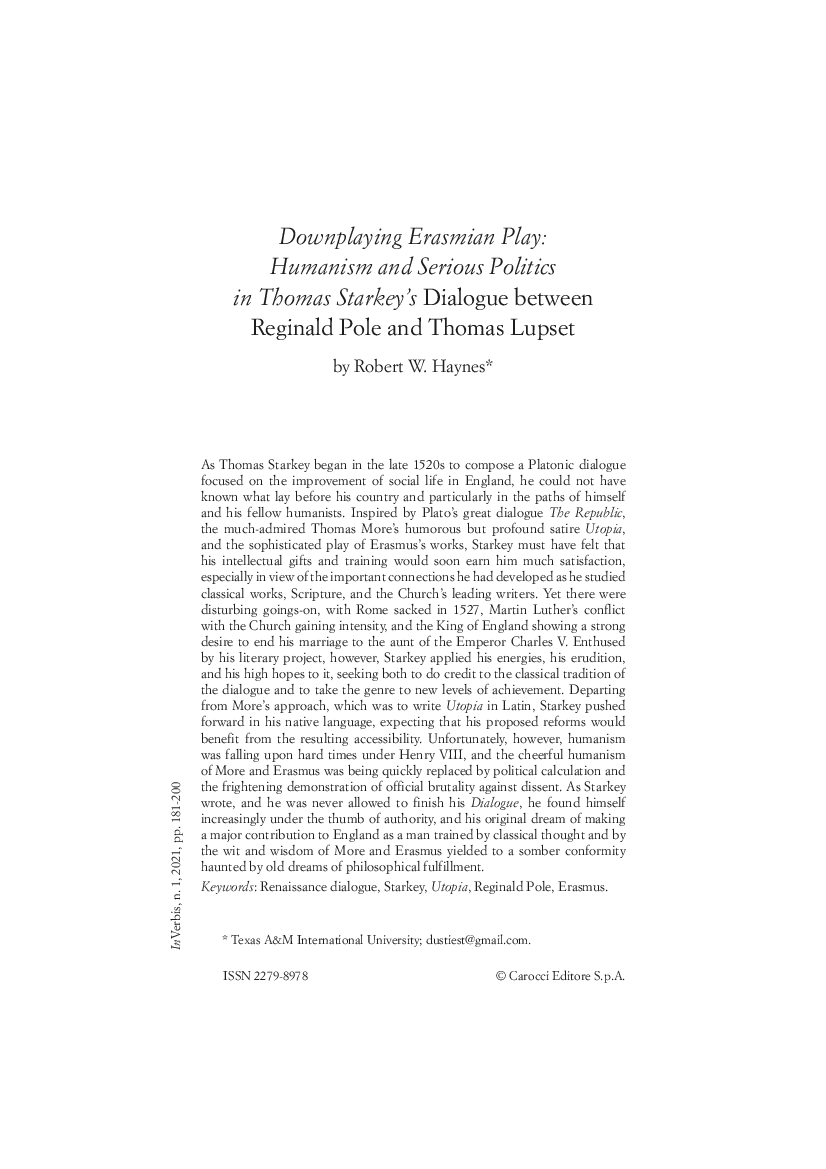