The paper applies discourse analysis to critical reading of the essays, which were published in the special issue of the journal Oriente Europeo (No 26, 1957) dedicated to Ukraine. The author of the study reconsiders the ideas, concerning the past, present, and future of the country presented in the journal, by focusing on the concepts of identity, historical and cultural memory, and borders of Ukraine and comes to the conclusion the main objective of the issue was to destroy the myth of the Socialist Ukraine imposed by the Soviet official historiography and cultural propaganda. The core of the discourse practices used by the Ukrainian diaspora intellectuals to construct the global Ukrainian national narrative is a binary opposition between native (interpreted as authentic ethnically based nation-state integrated in the world of the Western civilization) and foreign (the Russian Empire, the USSR, and communism as a whole). In this respect the nationalist rhetoric represented in Oriente Europeo is not unique. On the contrary, it is easily inscribed in the paradigm of the ethics of hostility which is typical of numerous ideological wars in the 20 th – the first two decades of 21 st centuries. 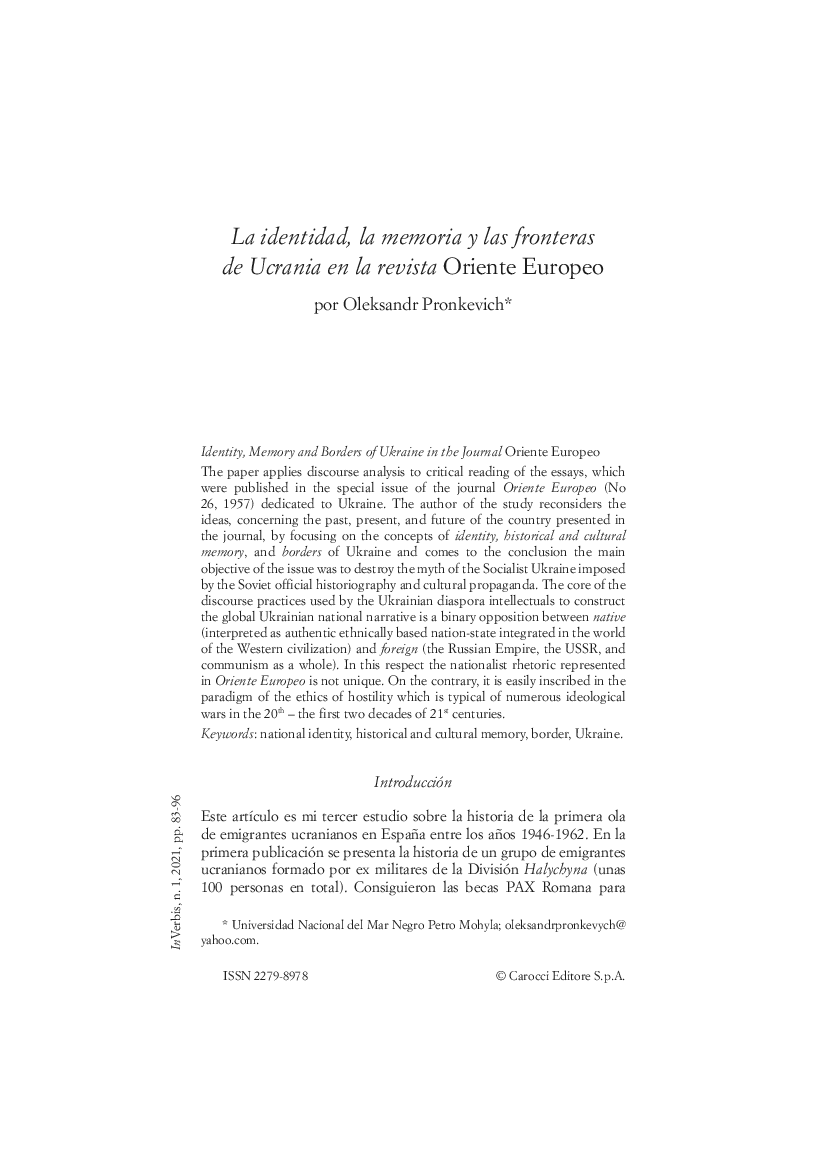